How to make the very best Churros at home! Warm, fried, crispy dough with a soft and light inside rolled in cinnamon sugar and served with a super easy chocolate dipping sauce. Made with simple pantry ingredients and impossible to resist! 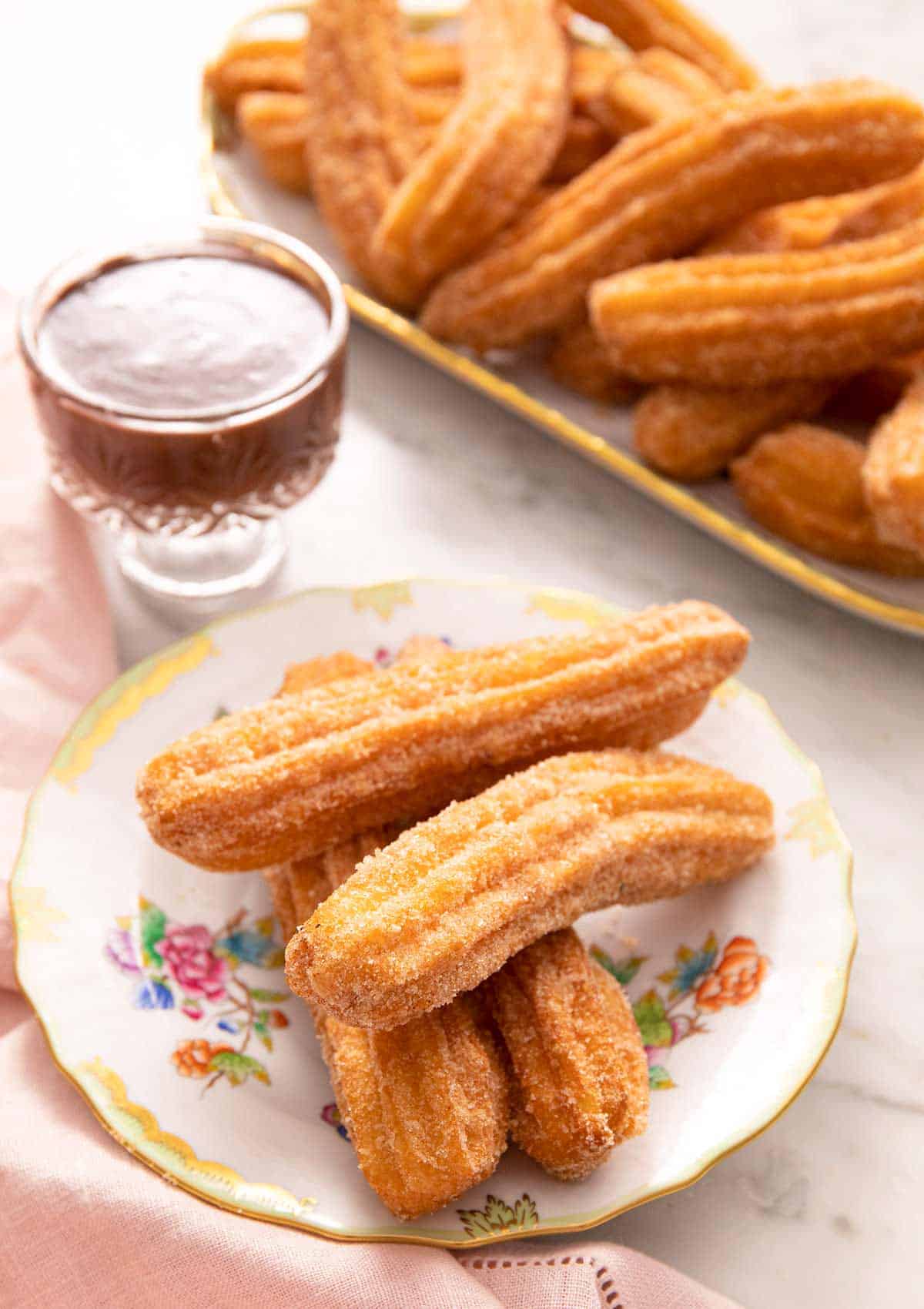 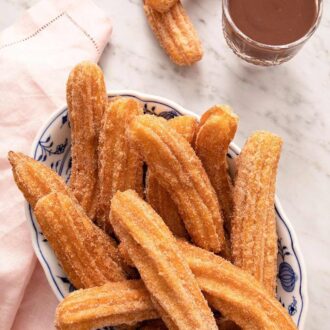 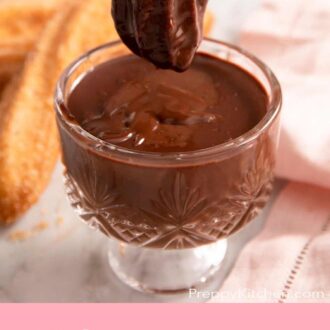 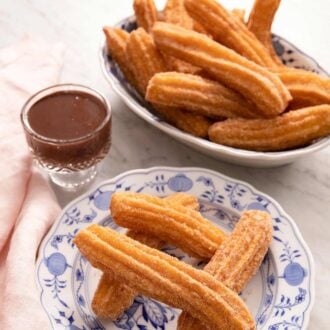 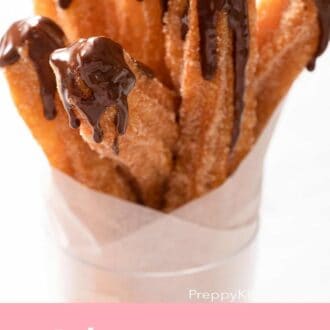 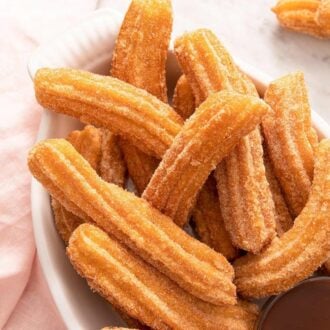 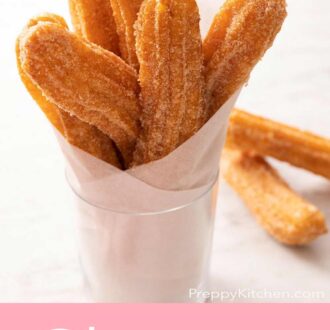 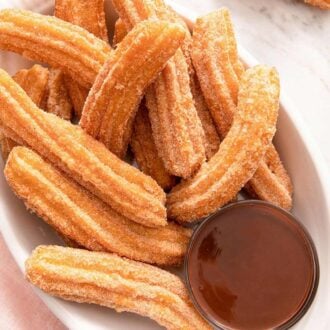 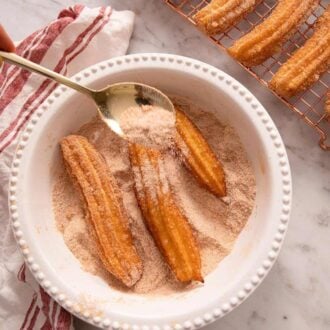 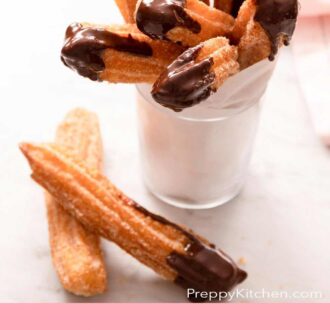 I don’t think anyone can resist freshly made churros, still warm straight from the fryer. They’re just the ultimate sweet treat and so much fun to both make and eat, I mean, who can say no to hot cinnamon doughnuts with chocolate sauce?

You might think of a churro recipe being Mexican but did you know they’re actually a traditional Spanish street food? They taste just like crispy doughnuts with a fluffy middle except they’re made with a choux pastry dough that you would use to make Eclairs or Cream Puffs instead of a yeast-leavened dough.

They’re super popular in the US and you’ll often see them served up as a party dessert at fairs and carnivals but let me tell you, making churros at home is so much better. You won’t believe how easy and delicious they are made from scratch!

What you need to make this recipe 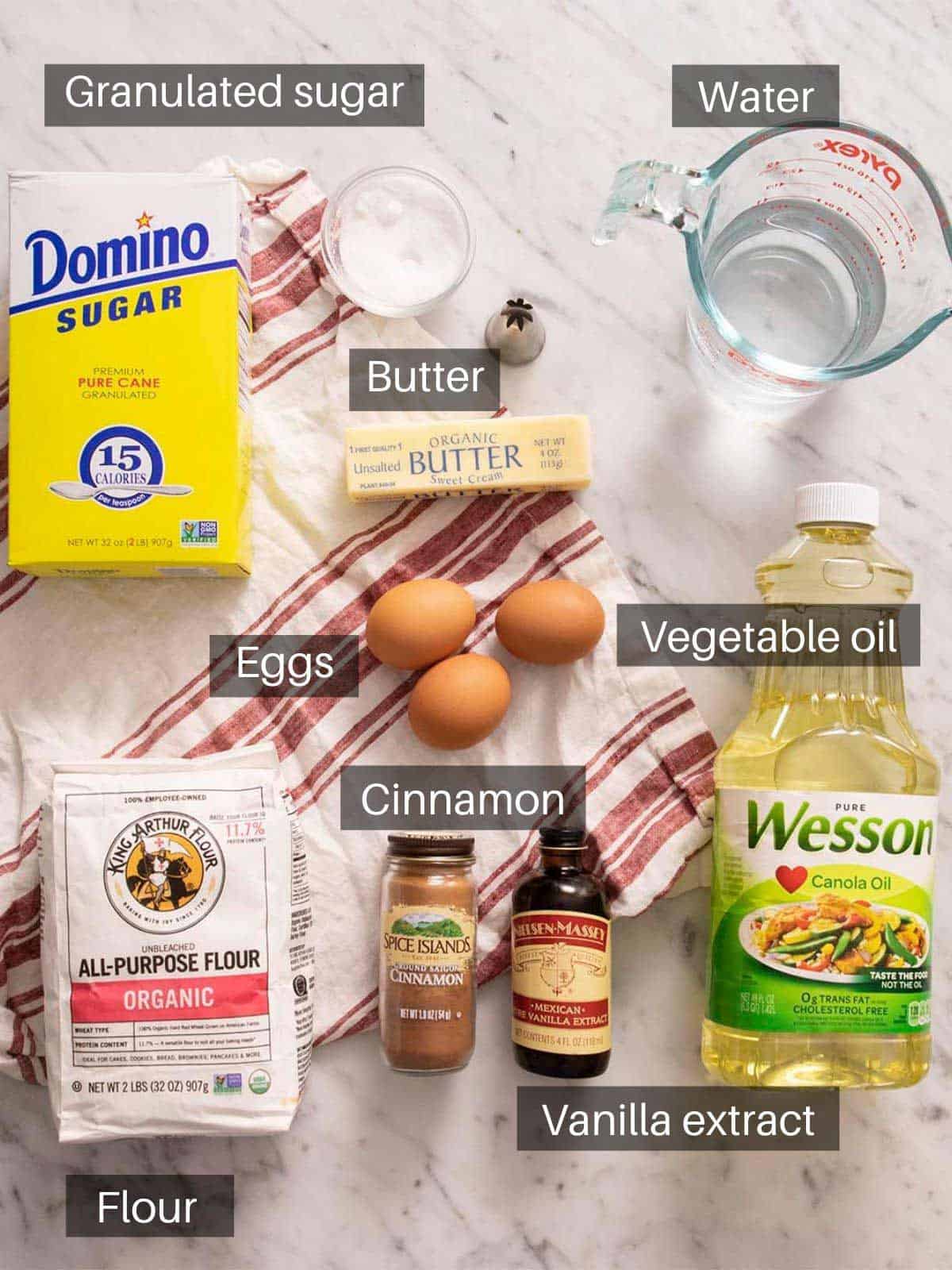 Flour – Make sure to use all-purpose flour and not self-raising!

Oil – You can use vegetable oil or canola oil for frying, make sure you have a candy thermometer to get the temperature just right!

Piping bag and nozzle – You’ll need a piping bag with an 869 or large closed star tip to pipe the churros into the hot oil.

How to make Churros 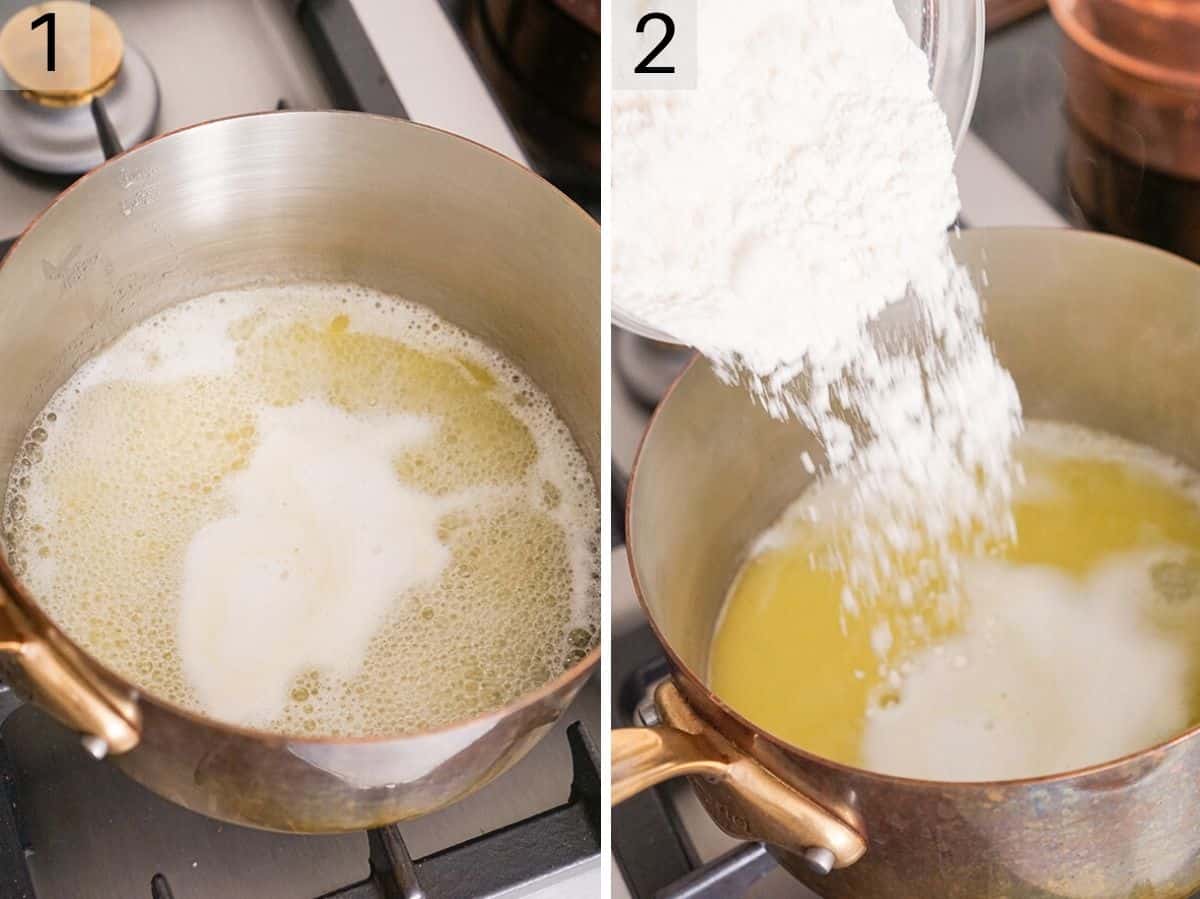 1. Bring the water, butter, sugar, and water to boil then take off the heat.

2. Stir in flour until thoroughly combined. 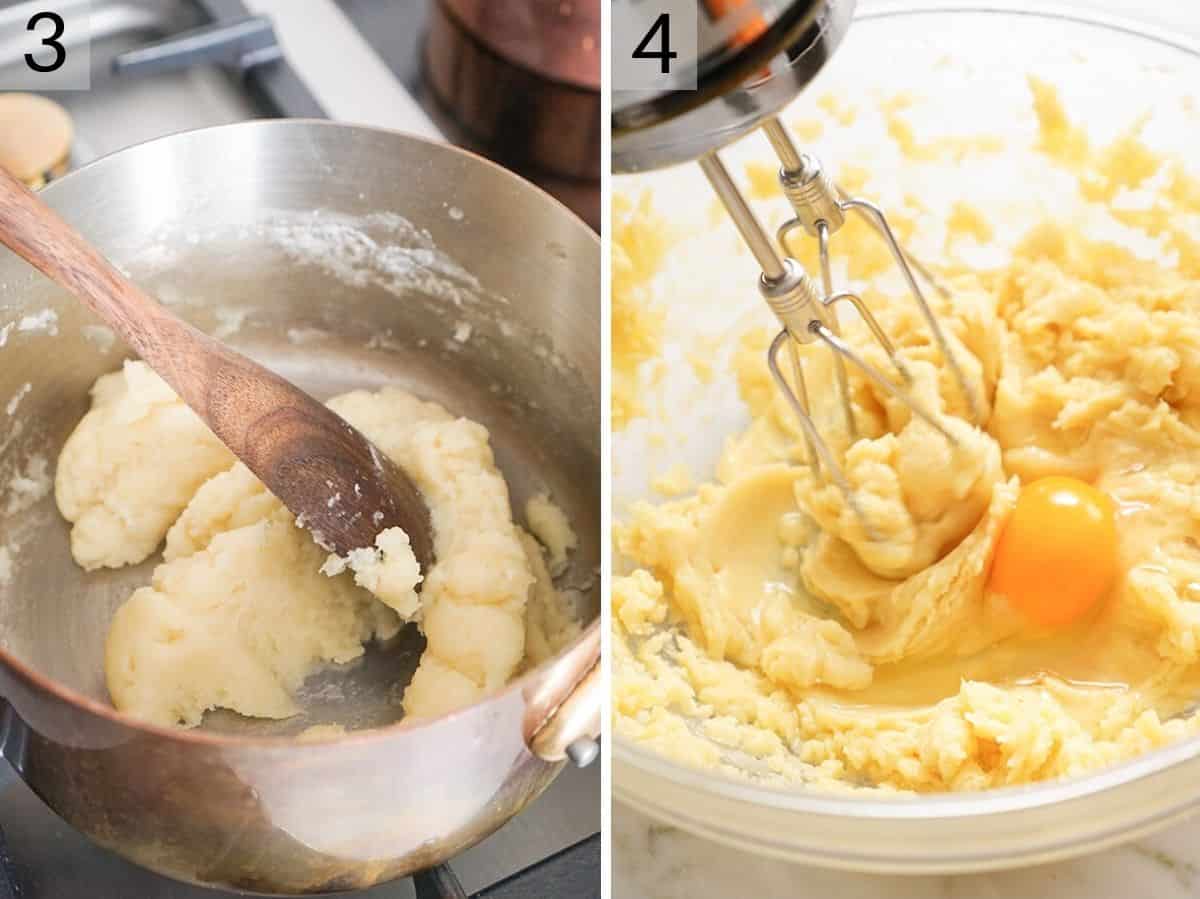 3. Return mixture to the heat and cook for a few seconds.

4. Add the mixture to a mixing bowl and using a hand-held mixer beat in one egg at a time scraping down the sides of the bowl after each addition (you can also do this in a stand mixer). 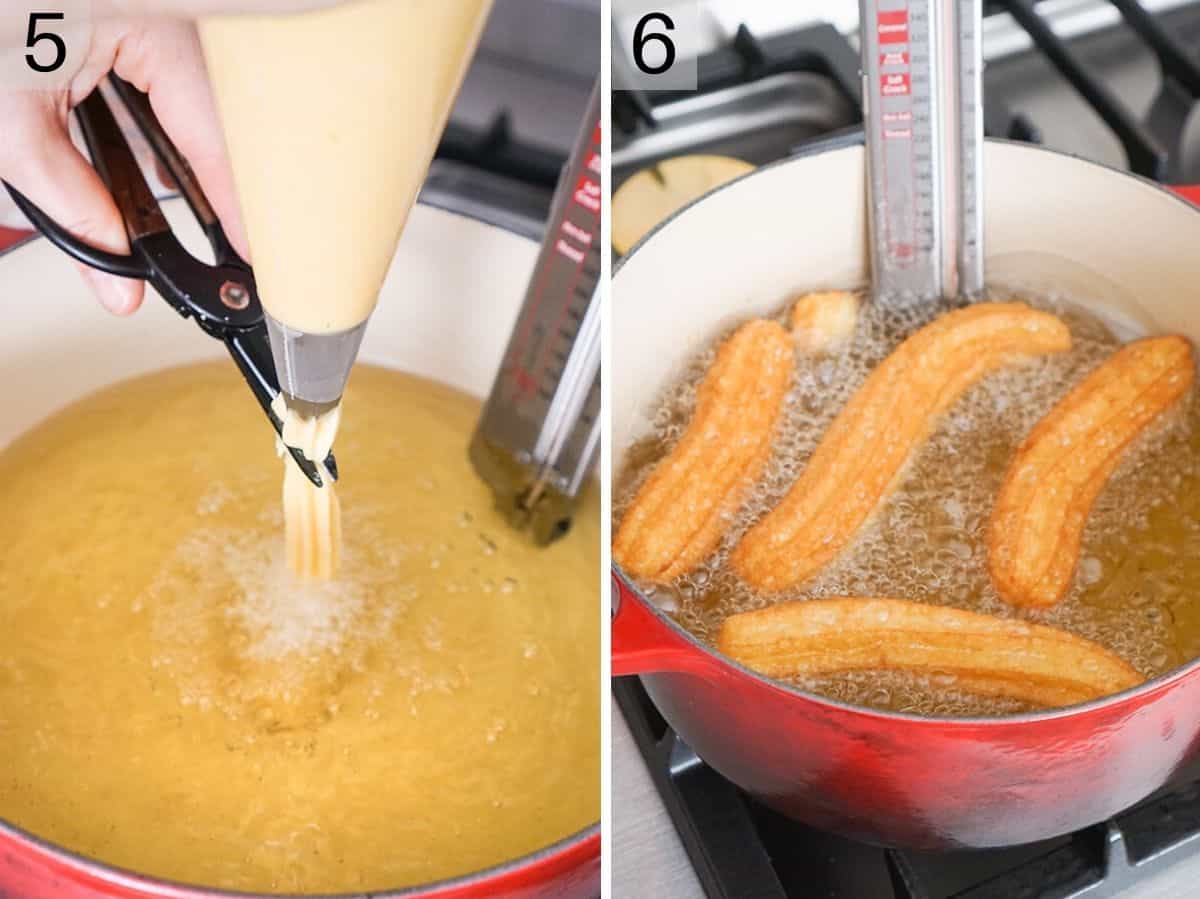 6. Fry in the hot oil until golden brown then drain on paper towels. 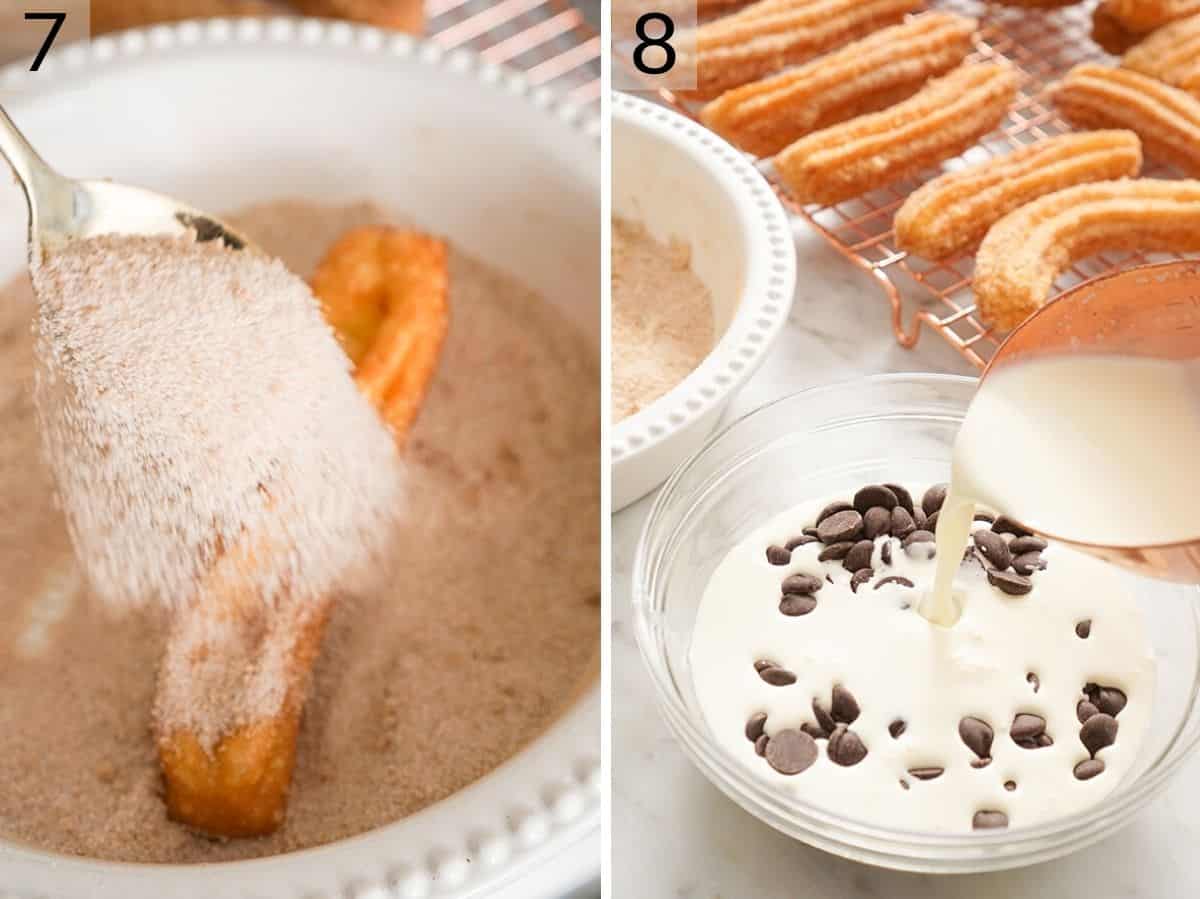 7. Roll the churros in cinnamon sugar mixture while still hot.

8. Make a chocolate dipping sauce by mix chocolate chips and heavy cream together in a bowl over a pot of barely simmering water until melted and combined. 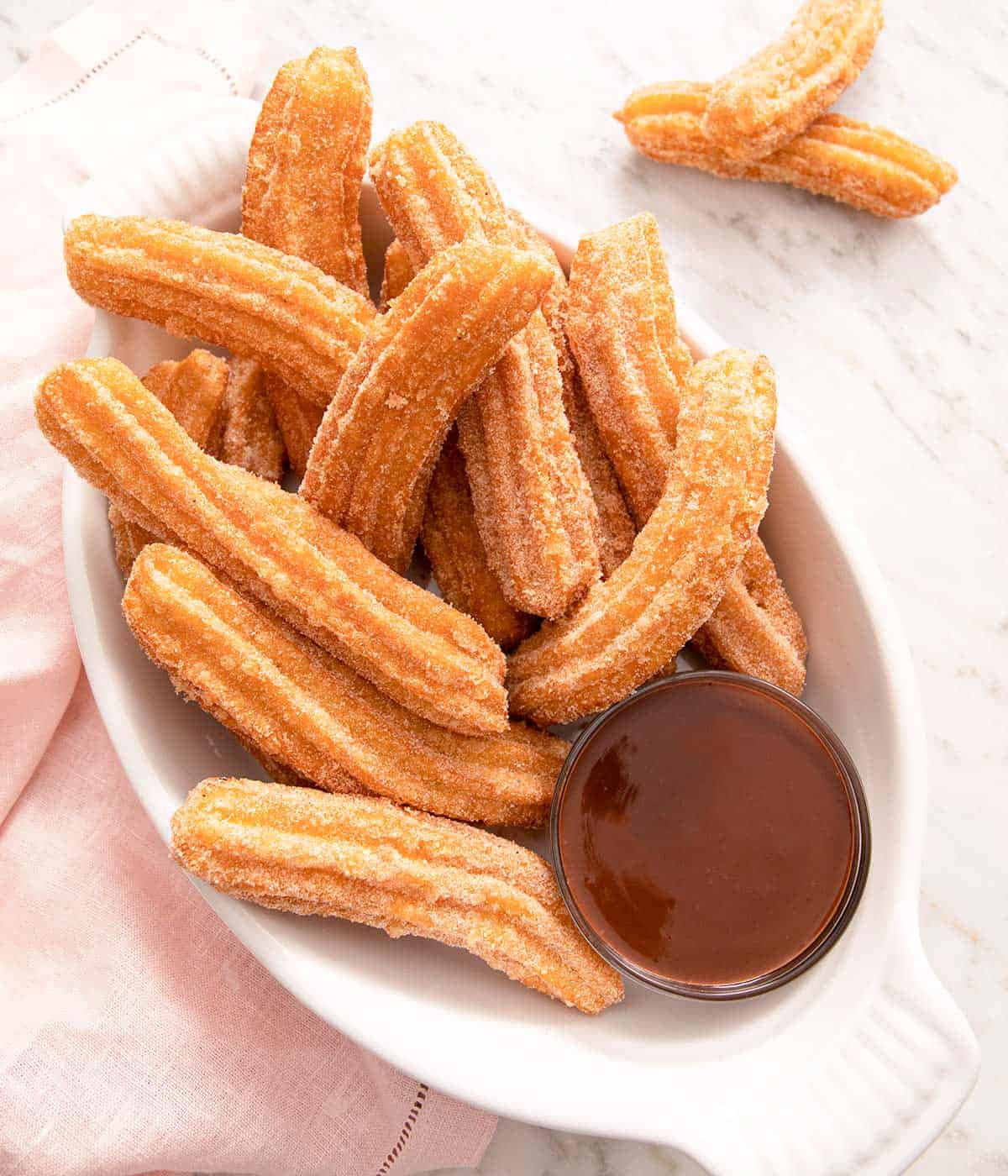 Pro tips for making this recipe 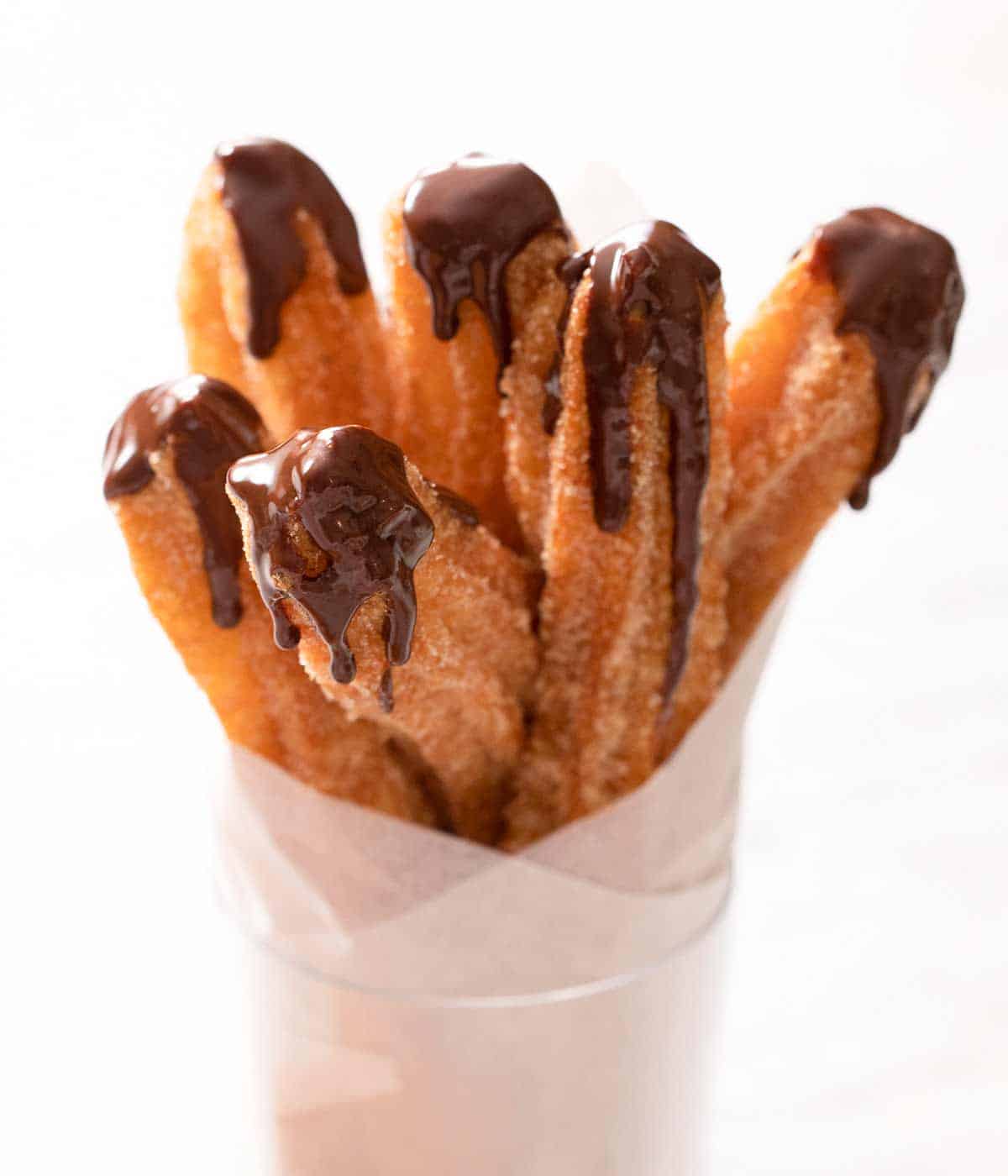 Homemade churros are fried, crisp, and delicious on the outside with a soft, light, and tender inside. Coated in cinnamon sugar and then dipped in chocolate sauce they are such a special treat!

What can I use instead of a piping bag?

If you don’t have a piping bag don’t worry, you can also use a Ziploc bag with the corner cut off. You won’t get the classic star shape without a star-shaped nozzle but they will still taste just as delicious!

What’s the best way to serve them?

I love to make a super easy chocolate dipping sauce for serving these, the cinnamon sugar and chocolate is just such a delicious combo but there are so many other options! Why not try caramel sauce or a fruity berry sauce?

How long do they last?

There’s nothing better than fresh, hot churros straight from the fryer but they will keep well for 1-2 days stored in sealed containers.

Can I prepare these in advance?

Yes, if you’re making these for a party or for guests you can make them in advance and either serve them at room temperature or reheat them. If you plan on reheating them I recommend not rolling in the cinnamon sugar after frying. Heat them in the oven until hot and crispy again then roll in sugar before serving!

Can I freeze them?

Yes, you can freeze the fried churros for up to 2 months in sealed containers or bags. Thaw them completely before serving, if you want you can heat them up in the oven once thawed.

If you’ve tried this Churros recipe then don’t forget to rate the recipe and let me know how you got on in the comments below, I love hearing from you! 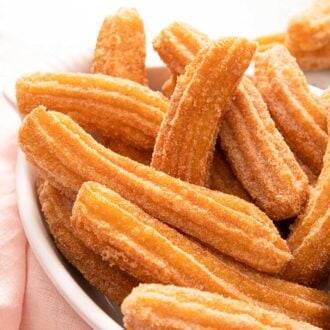 To make the chocolate dipping sauce