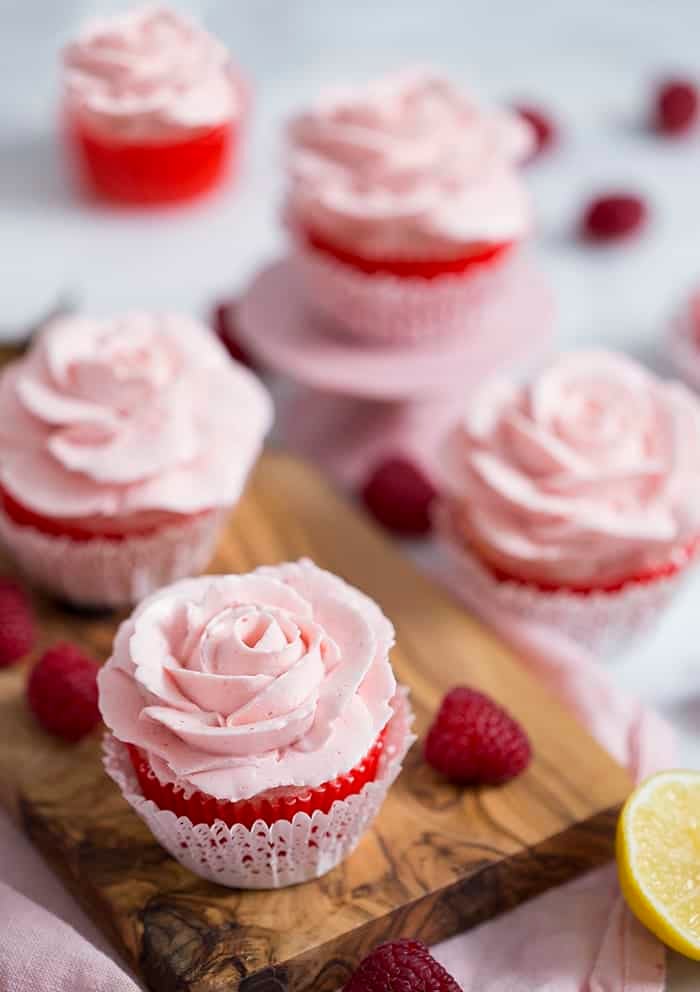 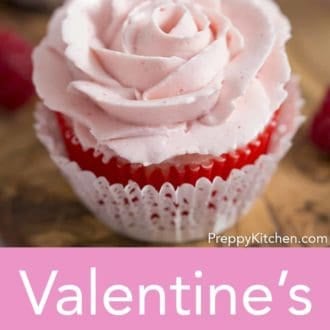 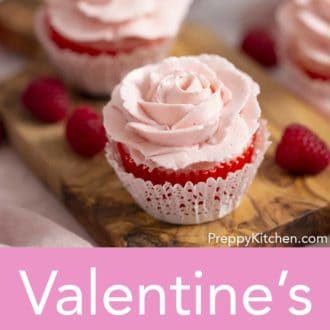 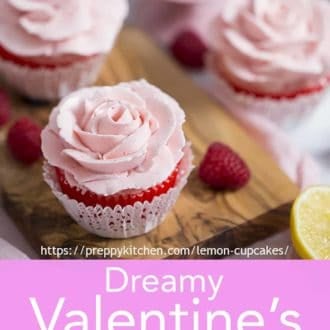 These lemon cupcakes topped with raspberry-flavored buttercream are the perfect treat for any occasion but especially appropriate for Valentine’s day! A dozen roses are a nice gesture but a dozen rose cupcakes are a delicious surprise. 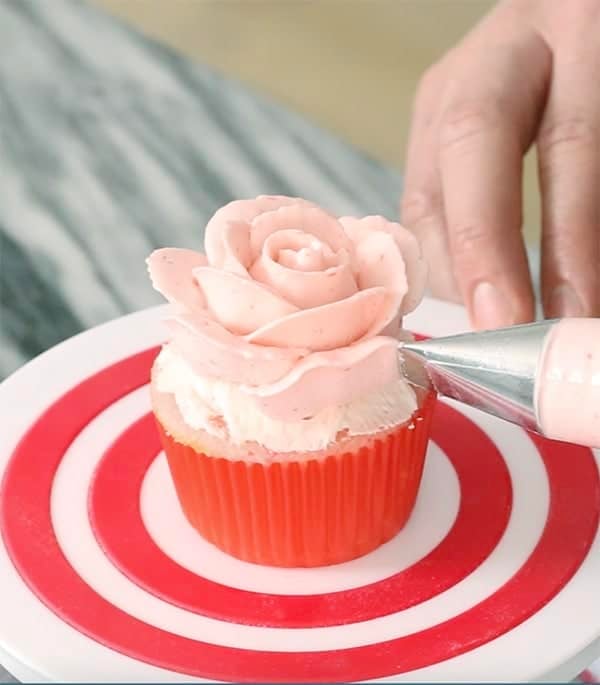 How do You Pipe Buttercream Roses?

How to Make Valentine Cupcakes 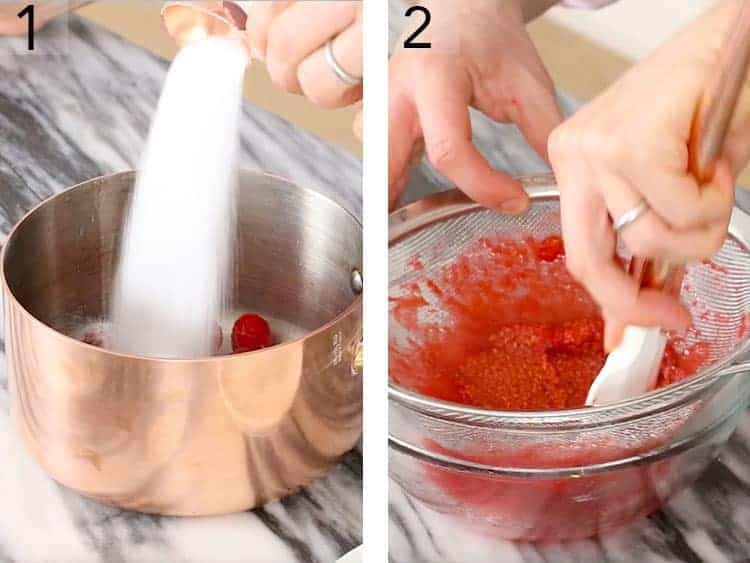 2. Strain the syrup into a bowl using a spatula to help push all the juices through. Transfer to the fridge to chill. 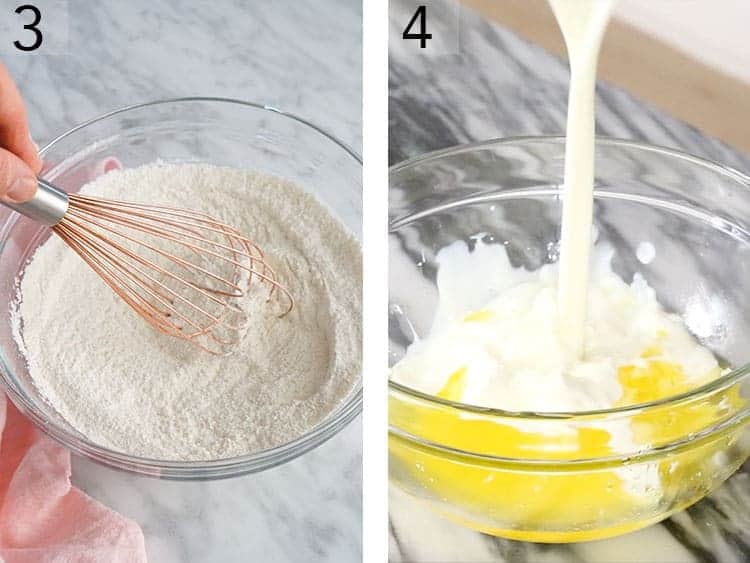 3. For the cupcake batter; Preheat the oven to 350 degrees. Line your cupcake pan with papers and sift all the dry ingredients including the sugar into a medium sized bowl. Give it a whisk and set it aside.

4. Add the sour cream, butter, milk, vanilla, egg whites, lemon juice and zest into a separate bowl and mix until everything is well incorporated. Mix in a few drops of food coloring to obtain a soft pink color. 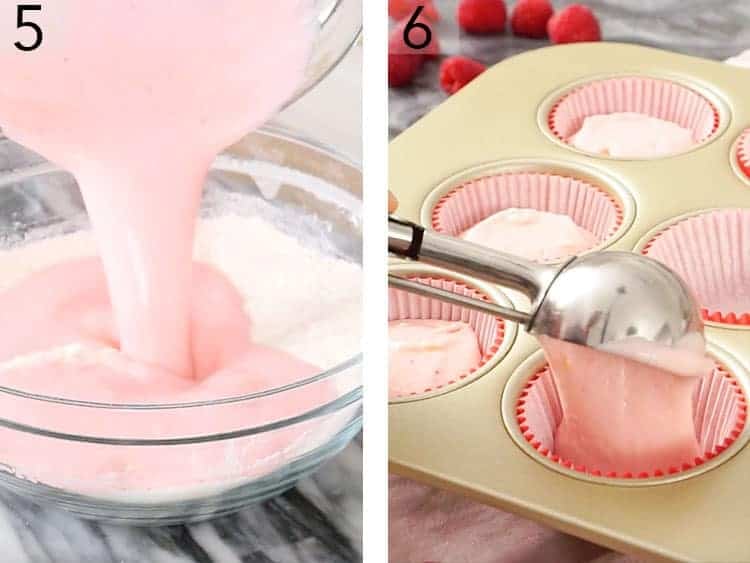 5. Combine the wet ingredients to the dry and whisk together until homogenous.

6. Use an ice cream scoop to fill the cupcake papers 2/3 the way up. Bake for 12-15 minutes or until the centers are springy to the touch. Remove from the oven and set aside to cool. 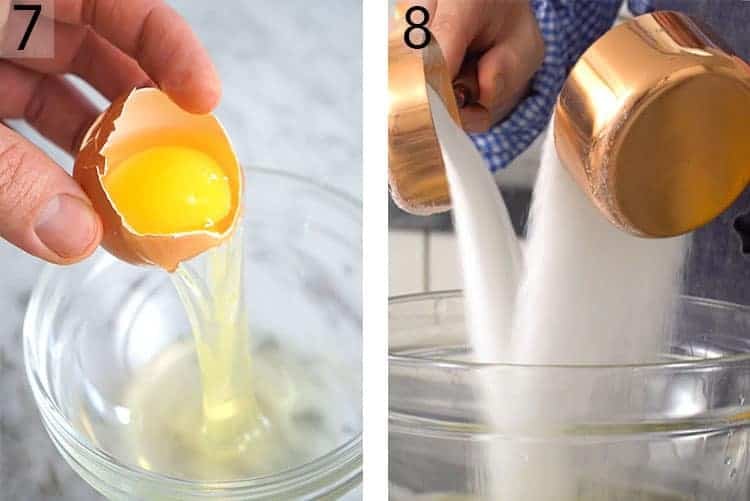 7. For the Swiss buttercream; Separate the egg whites into a clean bowl. You can reserve the yolks for a batch or pastry cream or French buttercream.

8. Place the egg whites, sugar and salt into a glass bowl. 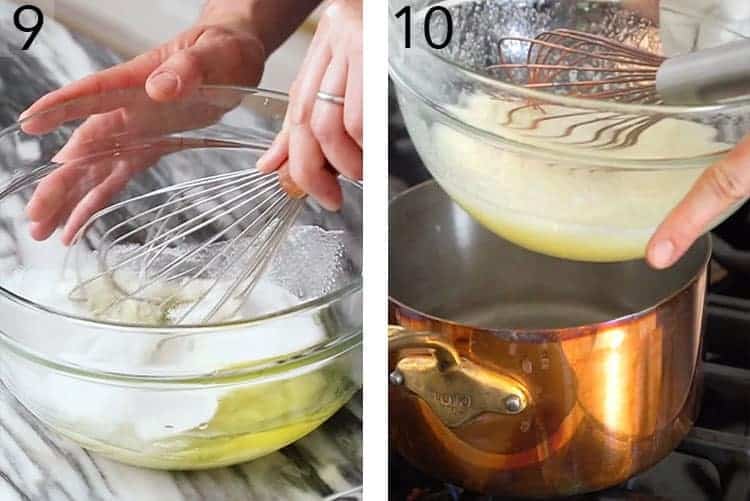 9. Whisk the sugar into the egg whites.

10. Transfer the bowl over a pot of simmering water making sure the bowl does not touch the water. 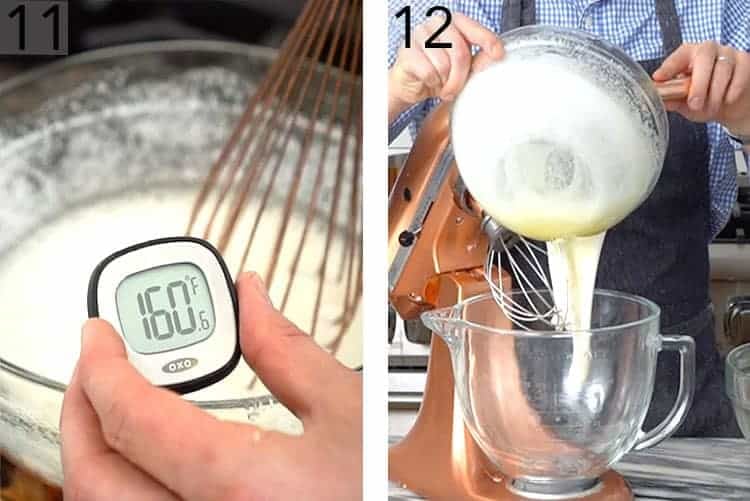 11. Whisk continuously until the mixture reaches a temperature of 160 degrees or until the egg sugar mixture feels hot and smooth.

12. Transfer the mixture to a stand mixer fitted with a whisk attachment and and mix on high. 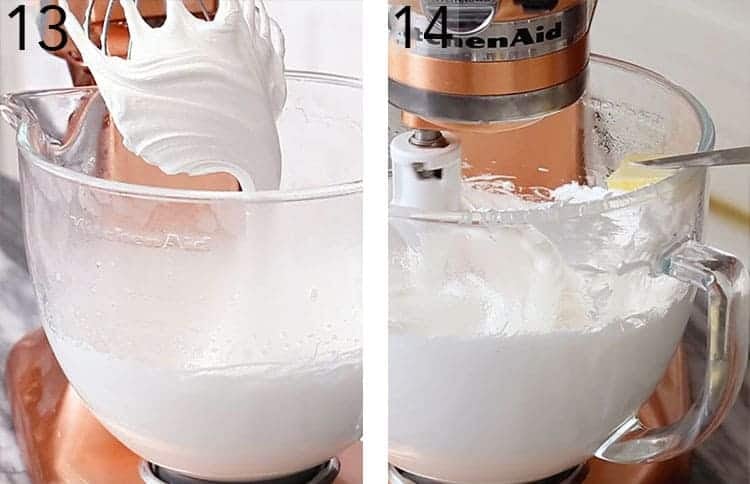 13. Run the mixer until the meringue reaches room temperature. I often pack the bowl with frozen peas to speed the cool down up.

14. Switch to a paddle attachment and add butter 1 tablespoon at a time while the mixer is running at medium speed. Add the orange blossom water after the butter. 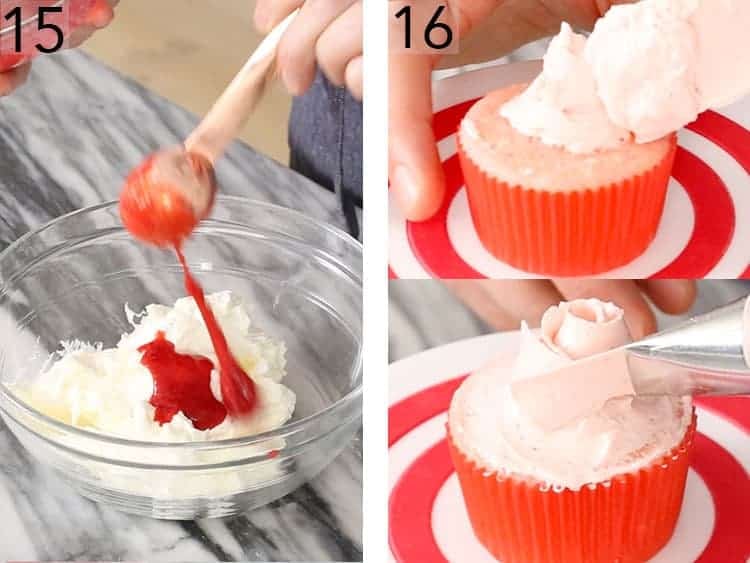 15. Whisk in the raspberry reduction a tablespoon at a time until the desired color and flavor have been achieved. Transfer frosting to a piping bag fitted with a 125 tip or a medium petal tip.

16. For the assembly; Spread out a tall conical dollop of buttercream at the base of your cupcake. Pipe a spiral in the center of the cupcake then begin piping small petals making them larger as you go. You can always practice first if you please! 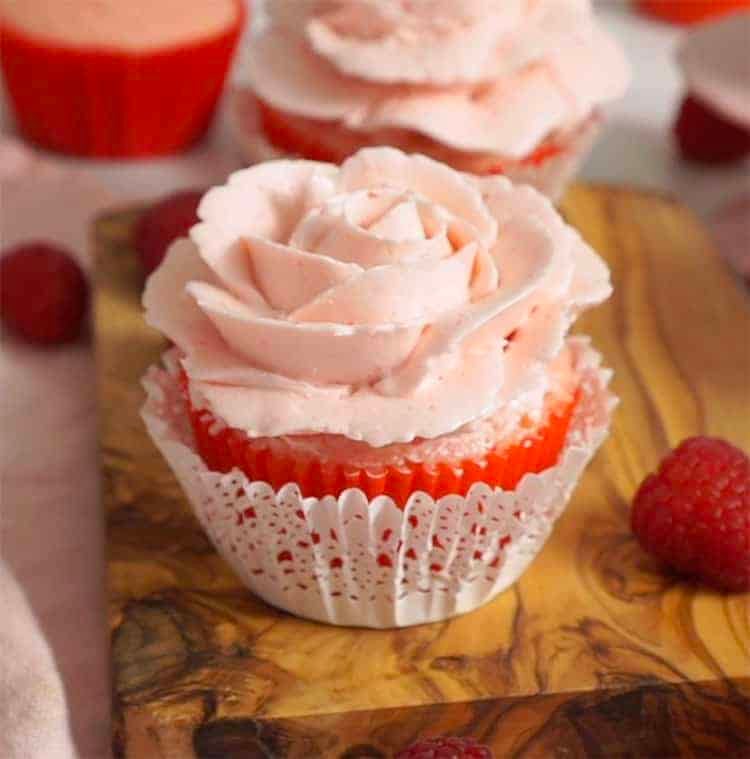 If you’ve tried these Valentines cupcakes then don’t forget to rate the recipe and let me know how you got on in the comments below, I love hearing from you! 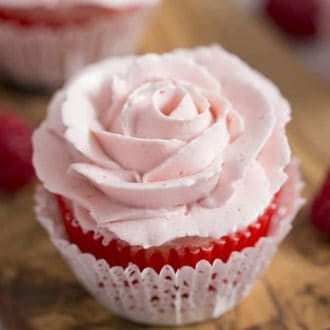