This decadent creamed spinach recipe is easy to make with fresh or frozen spinach. It's a classic side dish that's perfect for your big holiday dinner or everyday meal and so much better than store bought! 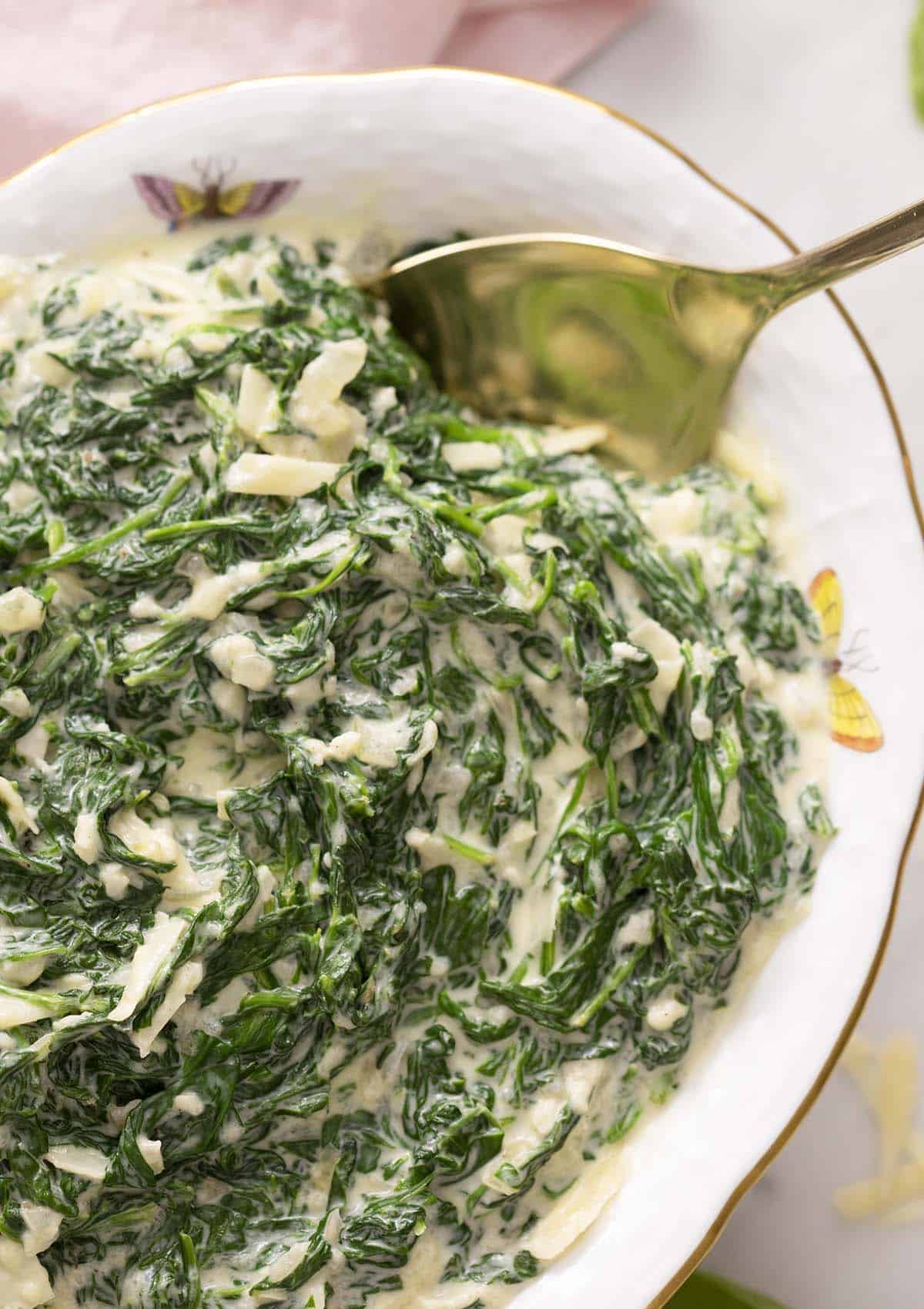 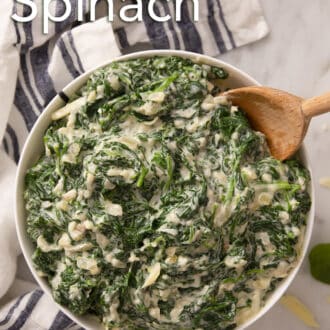 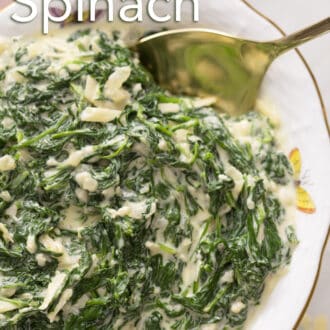 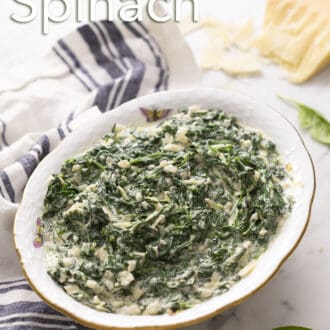 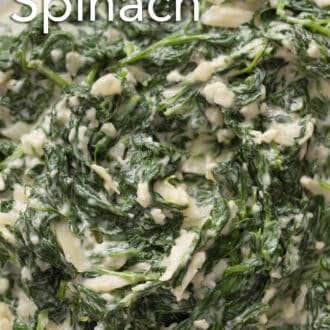 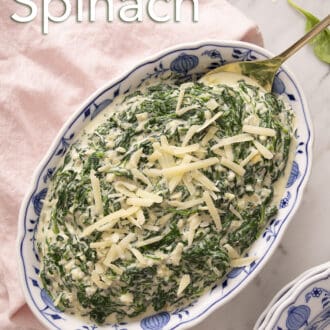 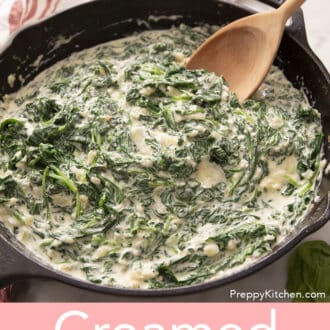 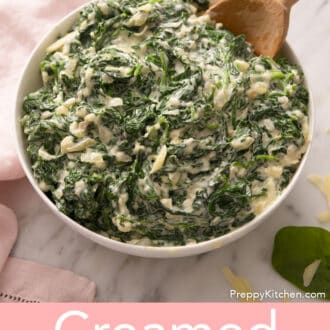 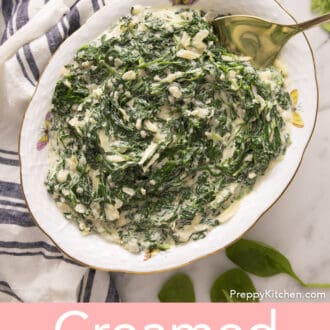 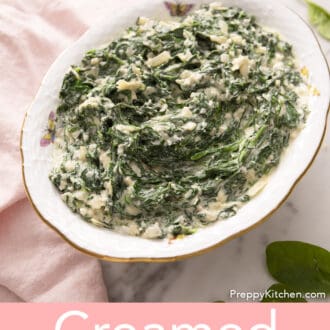 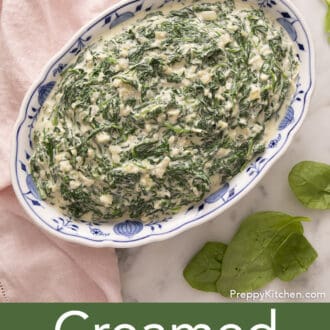 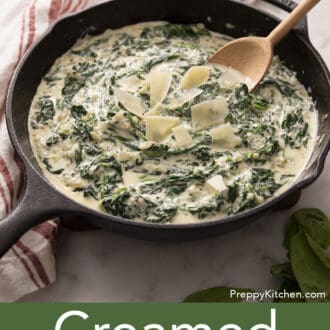 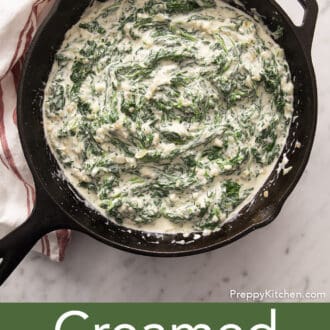 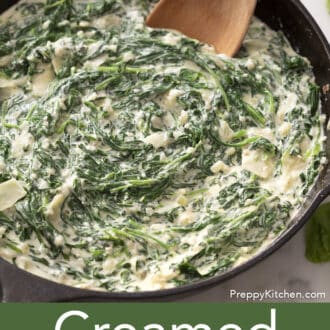 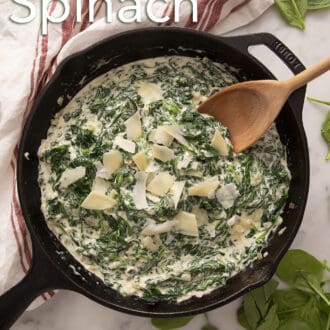 If you love creamy, cheesy, flavorful side dishes then this homemade creamed spinach recipe is for you! It’s foolproof, delicious, and makes for amazing leftovers too! 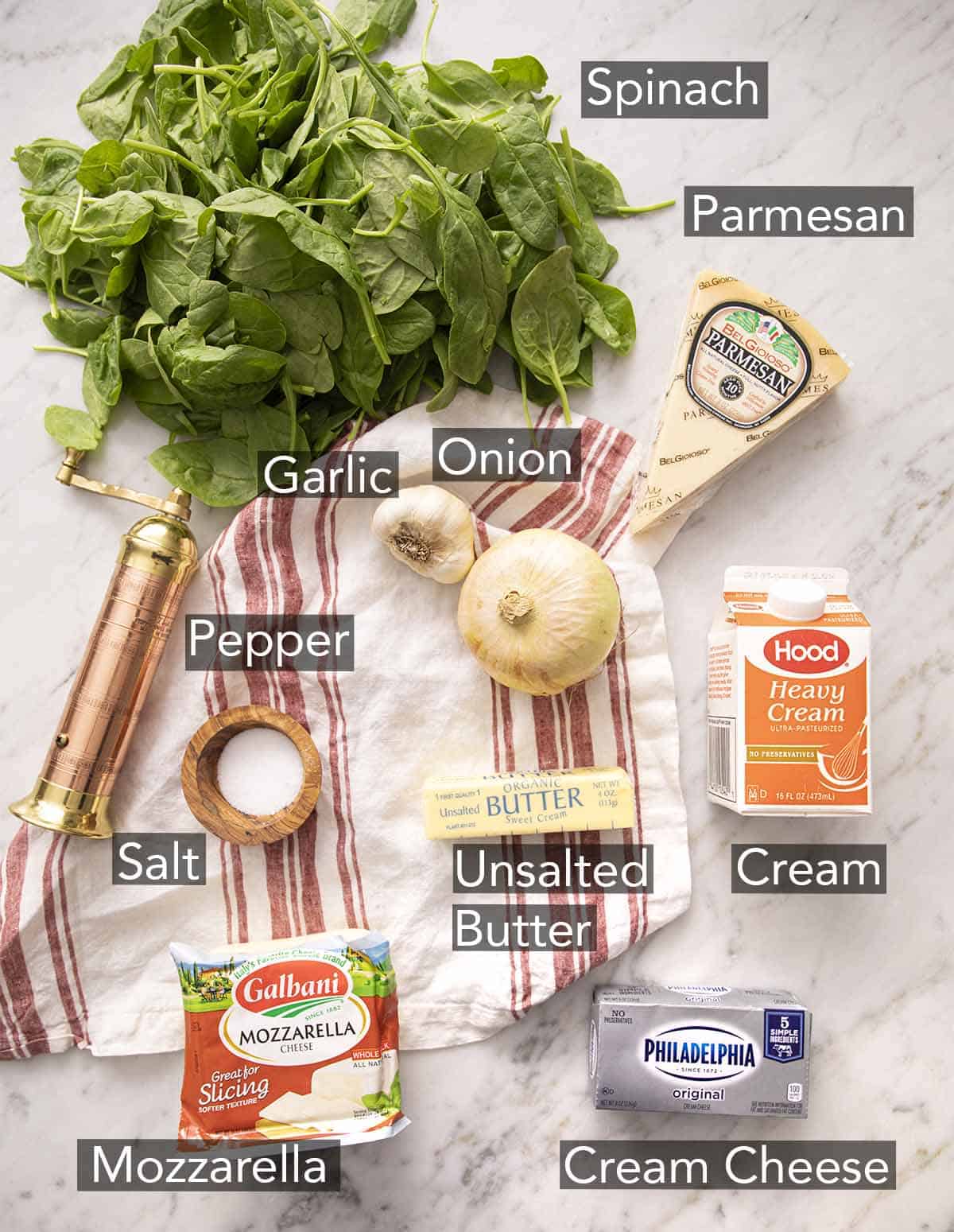 Spinach: I used fresh spinach for this recipe but frozen will definitely work too, just thaw and squeeze the excess water out.

Cream: I use heavy cream for this but you can make it with half and half or full fat milk too.

How to Make Creamed Spinach 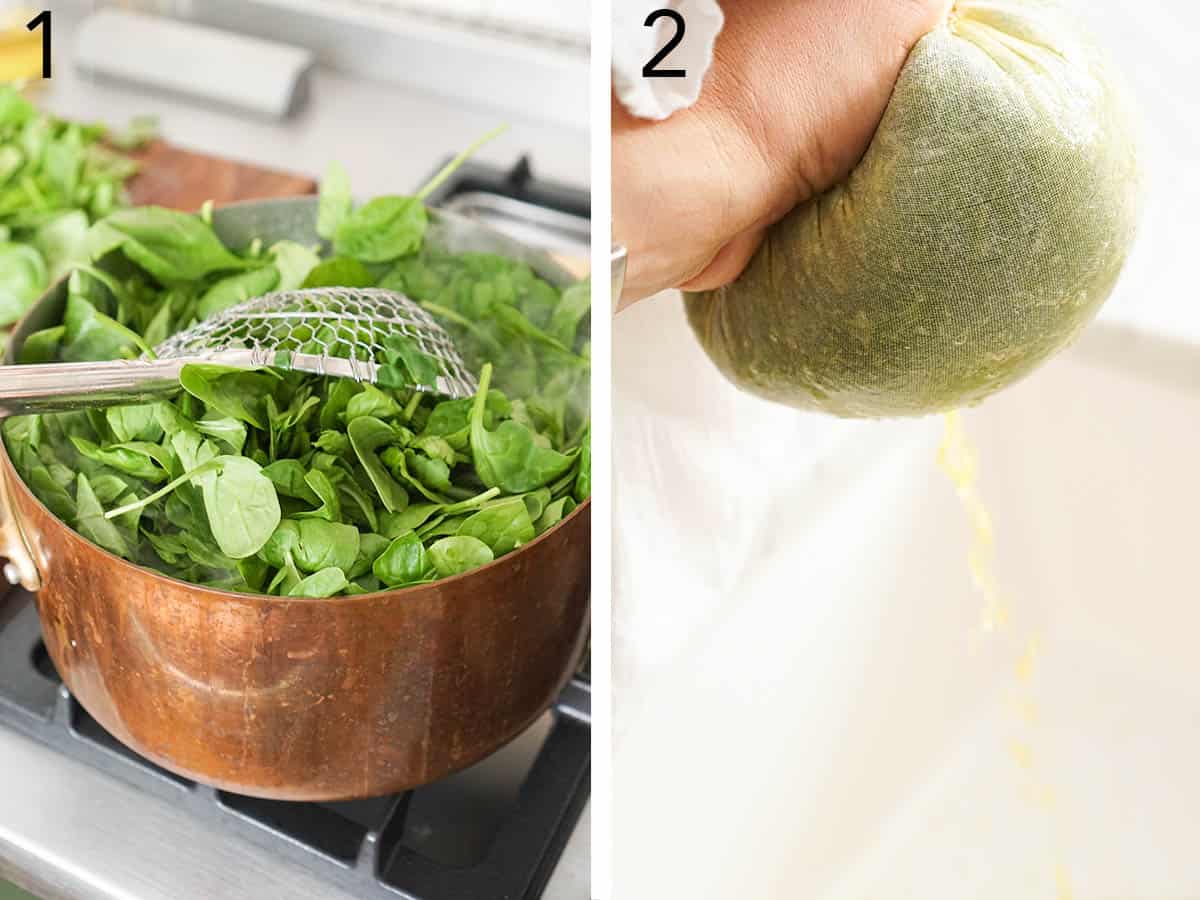 1. If using fresh spinach bring a large pot of water with two teaspoons of salt to a boil then add the spinach and cook for about 30 seconds or until wilted.  I make a large batch, which means I boil the spinach in batches and use a spider to transfer to a colander. If using frozen spinach then simply thaw and move on to the next step.

2. Once your spinach is all cooked, rinse with cold water to stop the cooking then transfer to a tea towel, cheese cloth, or doubled up paper towels and squeeze out all the excess water. 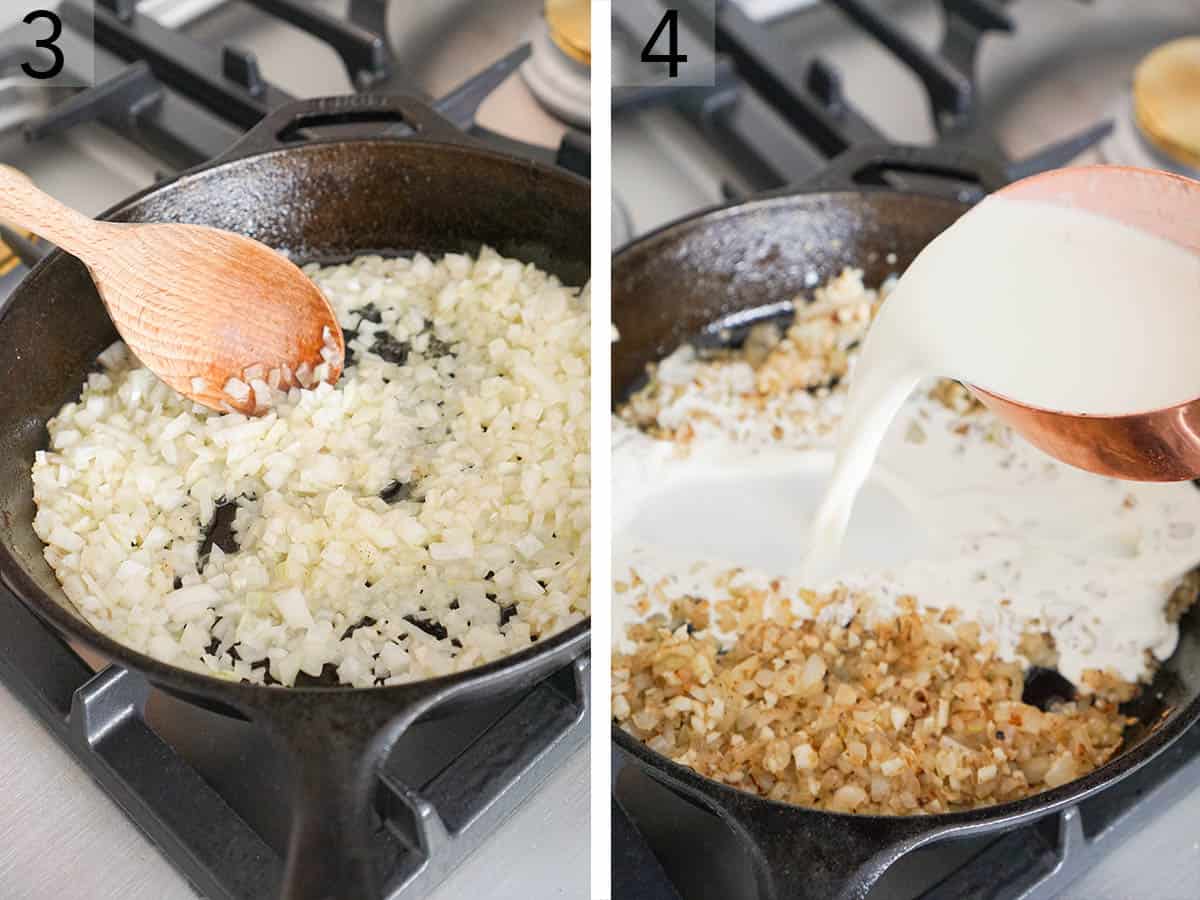 3. Melt the butter in a large skillet over medium heat then add the minced onion and cook while stirring for about 5 minutes or until translucent. Stir in the minced garlic and cook until fragrant, 1-2 minutes. 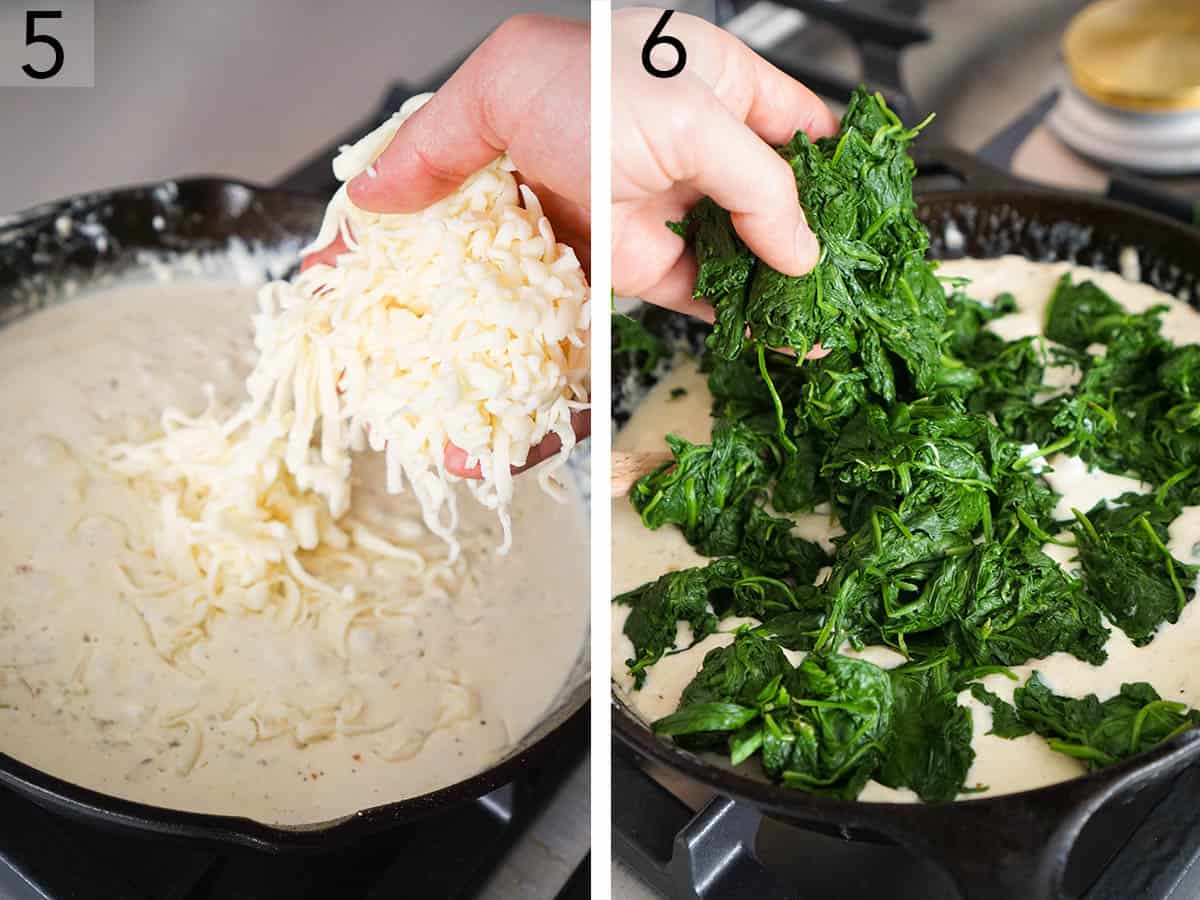 5. Reduce heat to low and add the mozzarella and parmesan then stir until incorporated and melted.

6. Break the spinach up into smaller clumps and add to the skillet then mix until distributed and spinach has been warmed through. Remove from heat and serve. 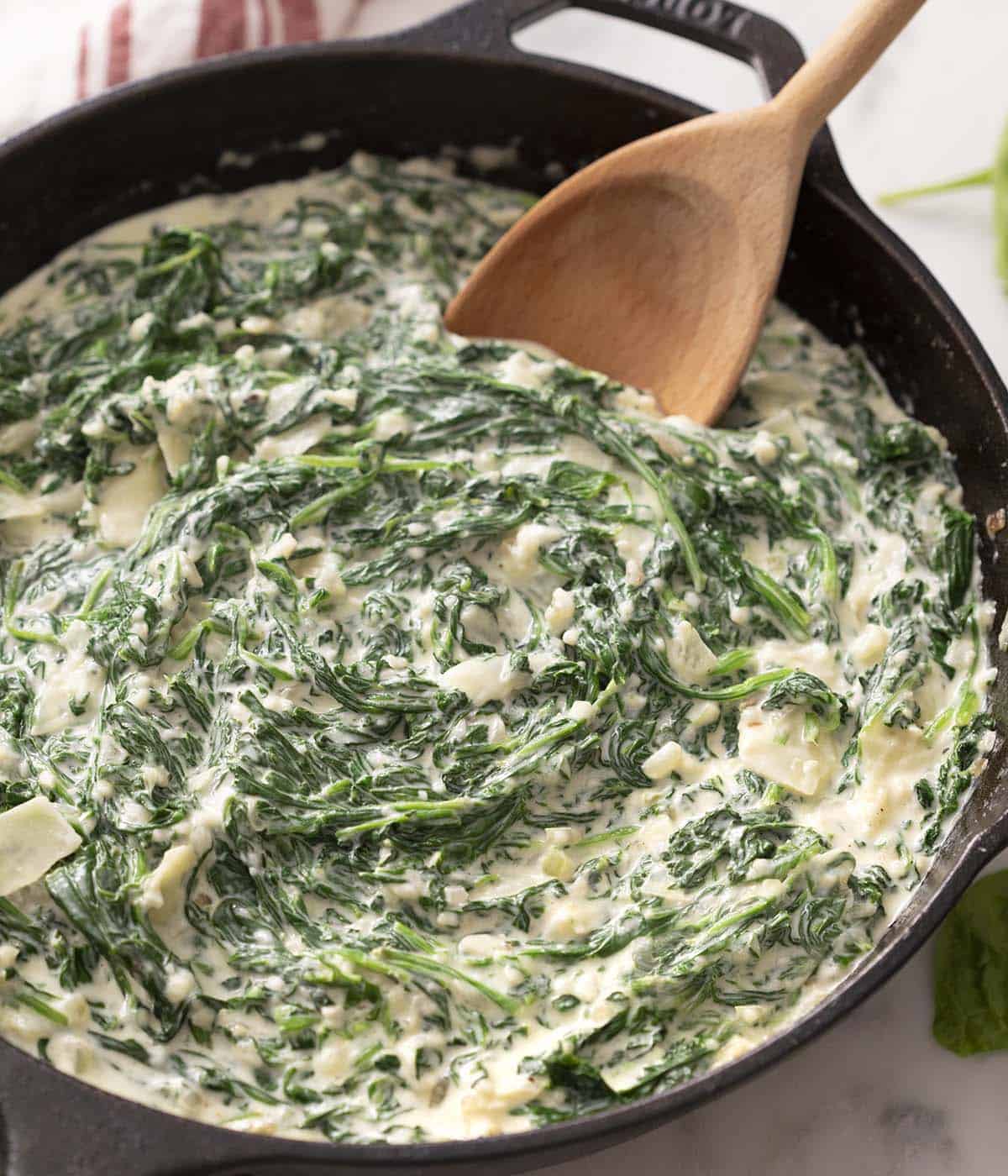 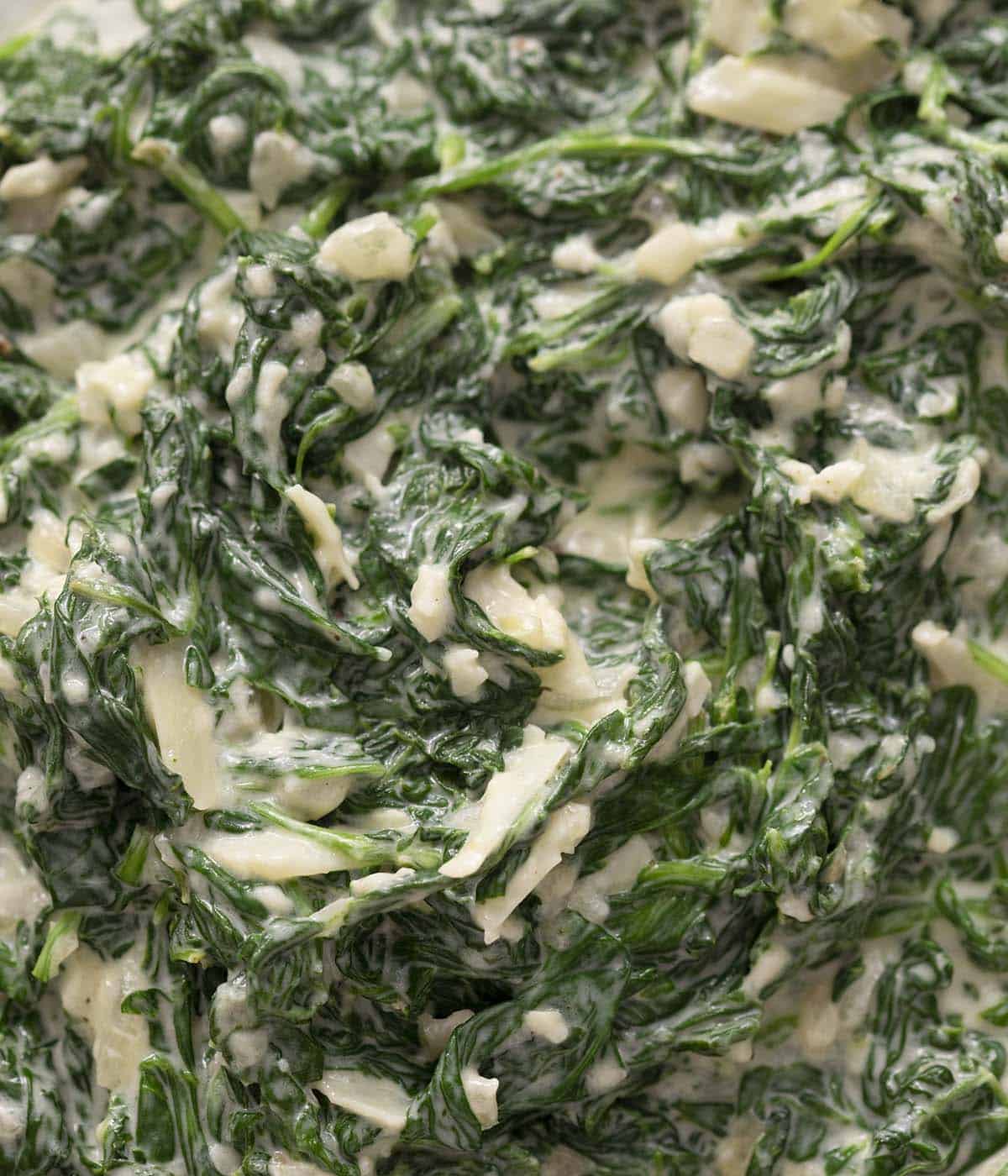 How do you use frozen spinach instead of fresh?

All you have to do is thaw the spinach and then squeeze out the excess water using a tea towel, cheese cloths, or even just pressing against a colander.

How long can you keep creamed spinach?

Creamed spinach will last up to three days if stored in a sealed container in your refrigerator. You can also freeze creamed spinach for up to 6 months.

Frozen spinach has usually been blanched to cook it down into a more compact form. This is why you use so much less frozen spinach than fresh in recipes like this.

Can you use different cheeses?

You can sub out the mozzarella for jack cheese and the parmesan can be replaced with pecarino Romano.

If you’ve tried this Creamed Spinach recipe then don’t forget to leave a rating and let me know how you got on in the comments below, I love hearing from you! 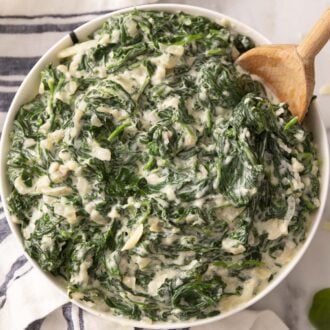