My scrumptious Neapolitan tart has layers of chocolate, vanilla, and strawberry custard along with a crisp pastry shell, chocolate ganache, fresh strawberries, and the cutest buttercream dollops ever!! 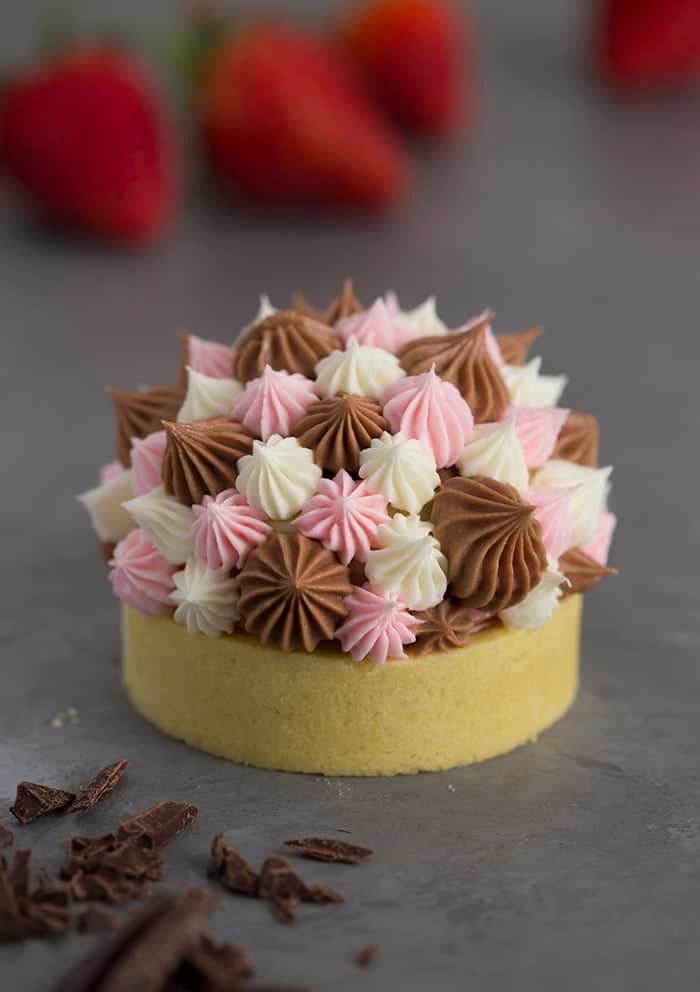 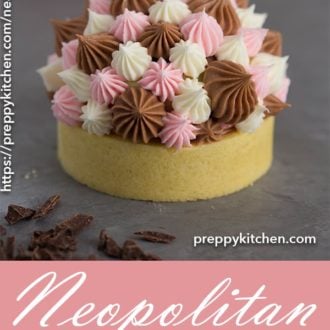 I’ve been on a tart making binge lately and it’s been so fun! These desserts might look impressive but they’re actually pretty straightforward as long as you have a couple tools!

These are the magic tart tings I used to bake the shells. They are a bit pricey but they work SO well and last forever.

These dome molds are really handy for creating all sorts of pastry elements including of course the domes I used in this recipe.

A few tips before baking these Neapolitan tarts 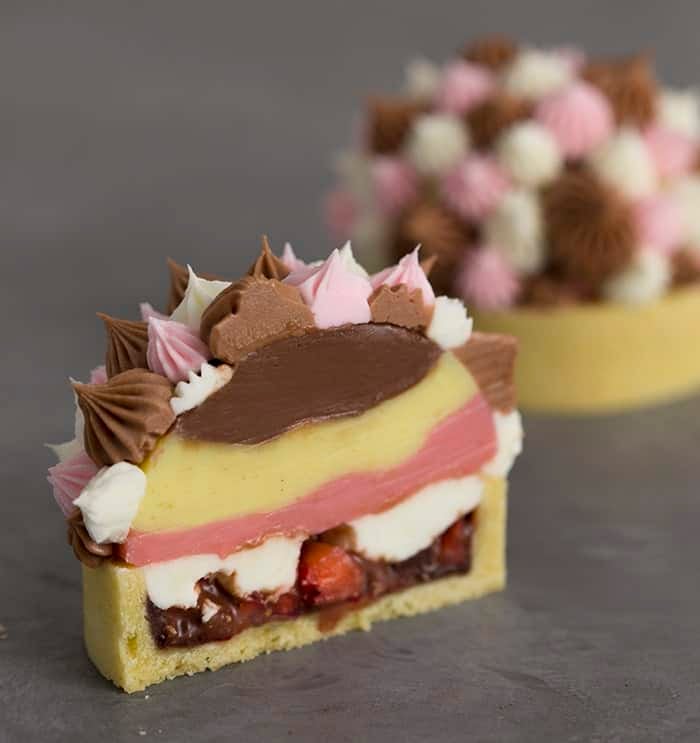 So many layers and I love them ALL!!! The fresh strawberries are a nice surprise and add a nice pope of brightness to the tart.

You can switch things up by subbing in raspberries for the strawberries, making the whole tart chocolate, or skipping all those cute buttercream dollops and replacing them with a drizzle of white chocolate ganache!

Is Neapolitan a flavor?

Neapolitan desserts are made up of layers of chocolate, vanilla, and strawberry flavored components. The term originated in the 19th century with an influx of immigrants from Naples skilled in creating frozen desserts. Originally there were many flavors often stacked in combinations of three, resembling the Italian flag, but eventually chocolate, vanilla and strawberry became the norm.

Steps to assemble this Neapolitan tart 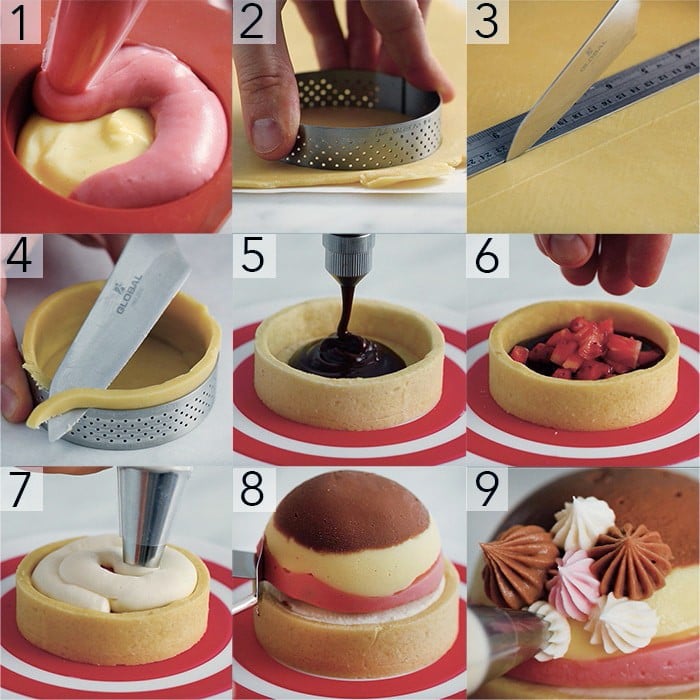 If you’ve tried this Neapolitan tart then don’t forget to rate the recipe and let me know how you got on in the comments below, I love hearing from you! 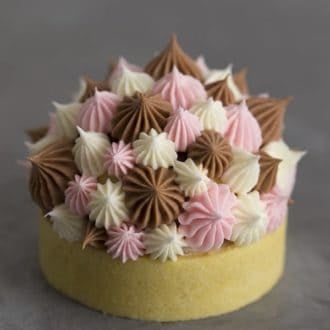 For the Tart Shell:

For the Pastry Cream Mold:

For the Chocolate Ganache:

For the Swiss Meringue Buttercream:

For the Tart Shell:

For the Pastry Cream Mold:

For the Chocolate Ganache:

For the Swiss Meringue Buttercream: