This creamy, silky, perfectly sweet Swiss meringue buttercream is a breeze to make and is the BEST thing ever to decorate with. It pipes and smoothes beautifully! 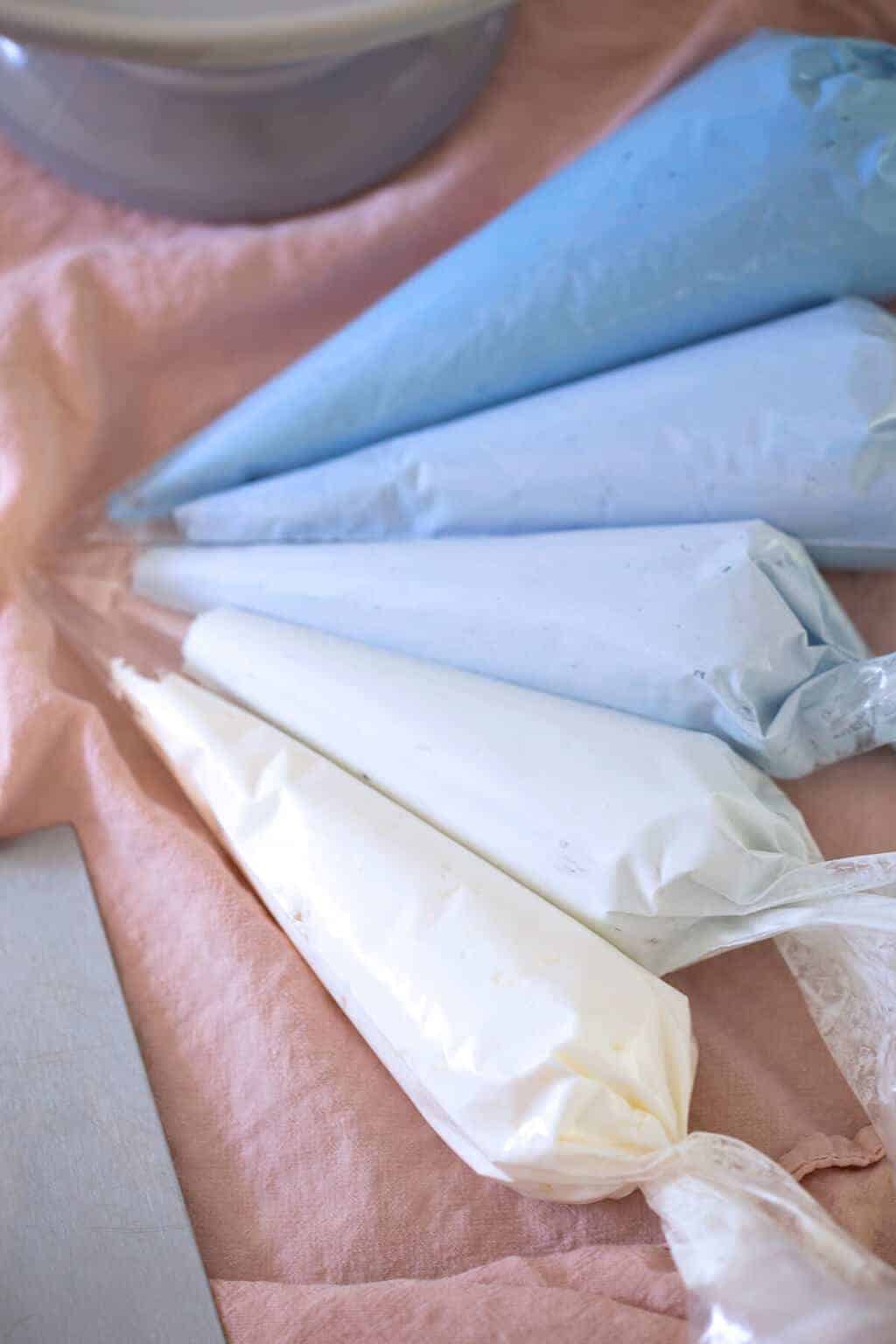 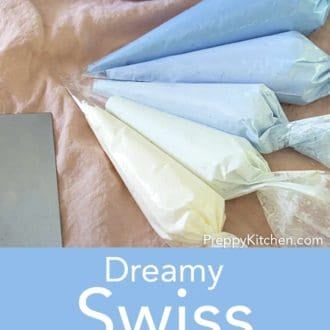 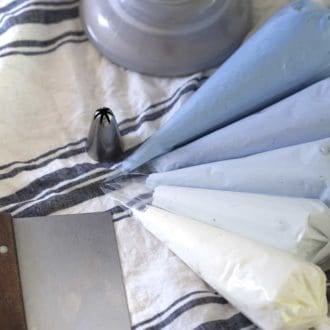 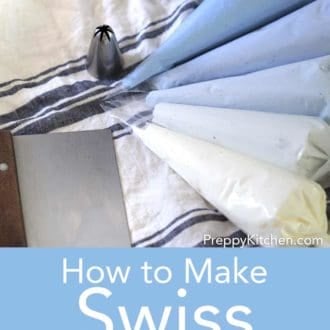 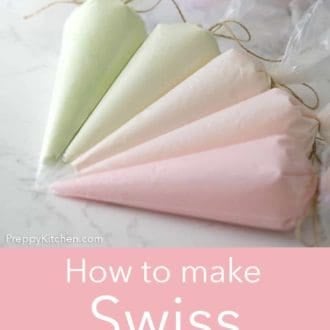 When you want a light, creamy, smooth buttercream there are two choices, Swiss or Italian buttercream. I love both but have to admit there is less less chance of burning myself when making the Swiss variety as you’re gently heating the meringue over a double boiler. The other benefit of these buttercreams is the color; you can get a very bright white with them and not have to resort to covering your cake in fondant. 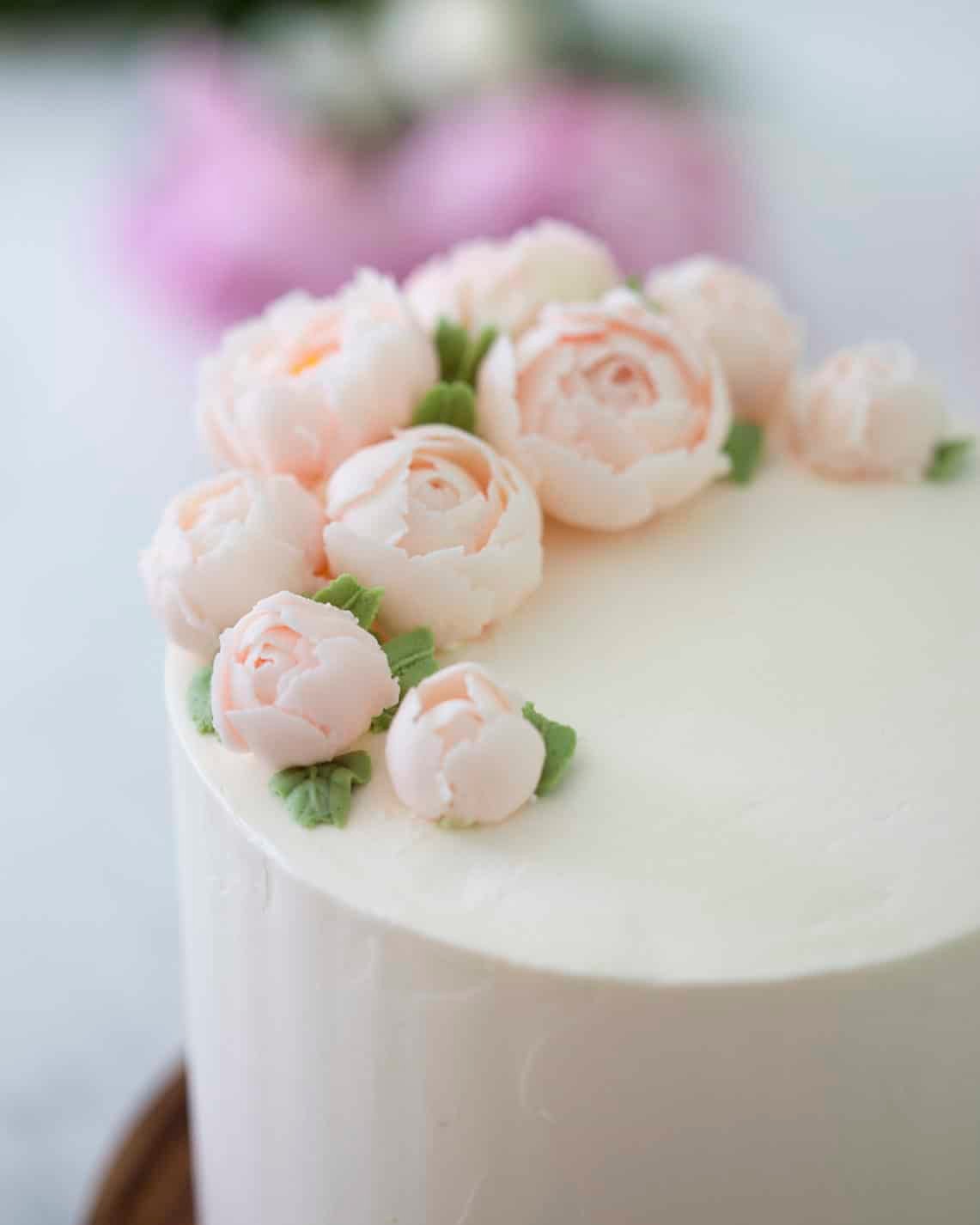 I think the most common issue is related to adding the butter when the meringue is still too warm. If you don’t wait long enough then the mixture will be soupy, which is a bummer. Luckily you can pop the bowl into the freezer for a few minutes, then give it a whip and it should be right as rain. If your start using the buttercream and it has lots of little bubbles and isn’t silky and pliable then it’s been sitting for a bit too long. All you need to do is give it a 5 second whisk and it will wake back up and regain it’s consistency.

What’s the difference between Swiss and Italian meringue buttercream?

Both are meringue based frostings that use egg whites to create a lightness and silky structure perfect for decorating. Italian buttercream uses 240F sugar syrup poured into the fluffed egg whites to stabilize the meringue while to make Swiss buttercream you gently heat the egg and sugar mixture to 160F using the steam heat of a double boiler. I find Italian meringue buttercream to be just a bit stiffer than Swiss but bother are EXTREMELY creamy.

Can you put Swiss meringue buttercream in the fridge?

Swiss meringue buttercream will melt in the heat. It you’re piping buttercream flowers and expect the temperatures to rise I recommend using a thicker American buttercream.

Can you over whip Swiss meringue buttercream?

HOW  DO YOU COLOR Swiss BUTTERCREAM?

If you just add food coloring to meringue-based buttercream the color will not really show. A little trick I picked up is taking a tablespoon of the buttercream and microwaving it in a little bowl with a drop or two of food coloring for 8 seconds. The color will REALLY come alive. Now you can mix this colored buttercream into larger batches and you’ll see much more vibrance. I usually use gel food colorings to color my buttercreams; they are more concentrated than the watery ones you get at the supermarket.

How to Pasteurize Eggs

How to Make Swiss Meringue Buttercream 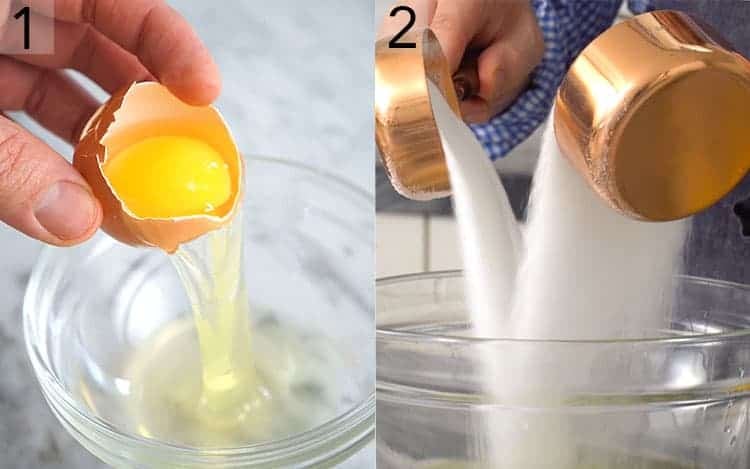 2. Add the sugar and salt to the egg whites. 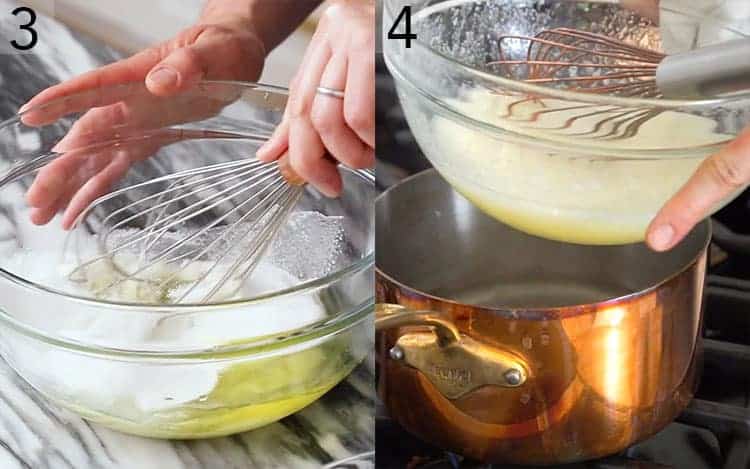 3.  Give the mixture a brief whisk to incorporate everything.

4. Place the bowl over a pot of simmering water. Make sure the water does not touch the bowl. Whisk the egg whites occasionally while it warms up. When the mixture has warmed, whisk it constantly. 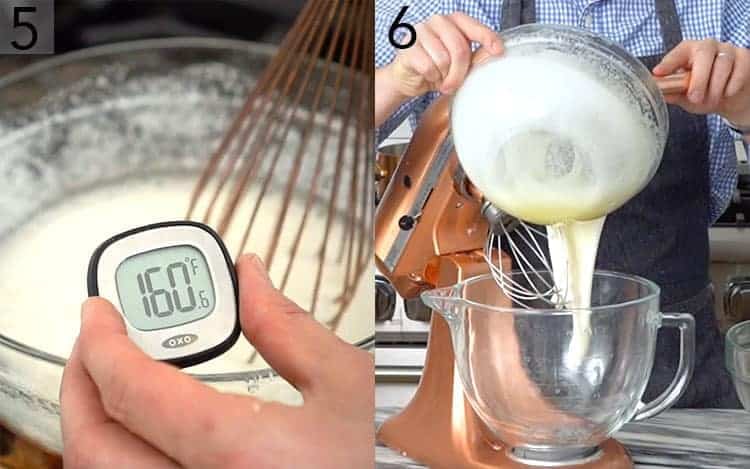 5. Heat the mixture until it reaches an internal temperature of 160 degrees F. If you’re not using a thermometer rub the mixture  between your fingers. It’s ready when it is smooth with no sugar grains and feels warm to the touch.

6. Transfer the egg mixture to a stand mixer fitted with a whisk attachment. 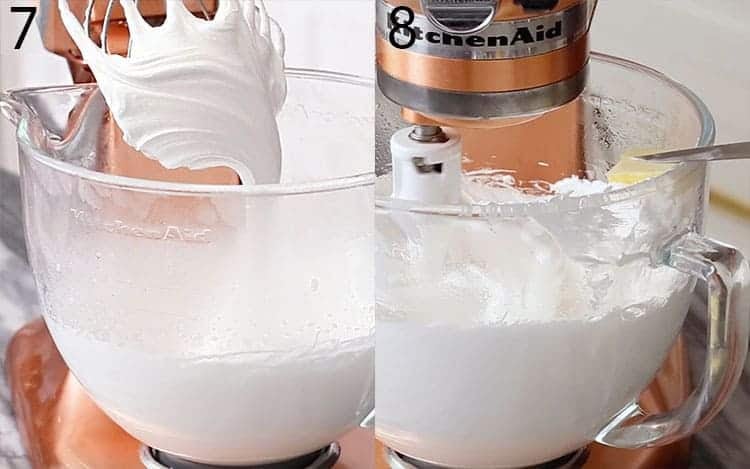 7. Beat until you get room temperature glossy peaks. You will notice the meringue takes on a substantial, marshmallowy texture. You can pack the bowl with ice or frozen peas to cool it down more quickly.

8. Once the meringue is room temperature, switch to a paddle attachment and add add tablespoon sized dollops of room temperature butter while the mixer runs on low. Make sure to let each piece of butter incorporate before you add the next. When all the butter is mixed in, scrape the bottom of the bowl down; there is always some meringue hiding down below! Go ahead and add the vanilla extract and give it one last mix. You can transfer it to a piping bag or a ziplock bag to store in the freezer.

* I recommend using a paddle attachment for the last step but you can use a whisk attachment and it’s not a big deal, you’re just whipping in a bit more air into the frosting.

If you’ve tried this swiss meringue buttercream recipe then don’t forget to rate the recipe and let me know how you got on in the comments below, I love hearing from you! 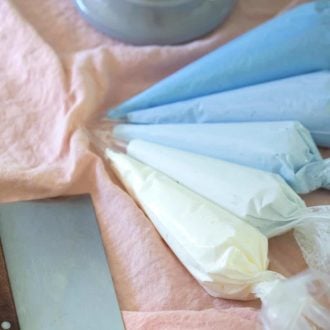 To reactivate the buttercream after it has been frozen, allow it to come to room temperature then whip it. If you start adding butter and the mixture becomes soupy don't panic!!! It will be soupy until ALL the butter has been added. Don't get fat in your bowl, make sure it's clean (I actually give mine a quick rub with a lemon then wipe with a paper towel) Don't let any yolks get into your whites when you separate the eggs. The easiest avoid yolks is to separate the eggs one at a time into separate bowls and then pour the white in as you go along. I add flavorings at the end, especially if I'm making a batch of chocolate SMBC, where there's a considerable amount of liquid going in.