This moist eggnog cake is infused with eggnog pudding and topped with a dreamy eggnog buttercream, perfect for any holiday get together! 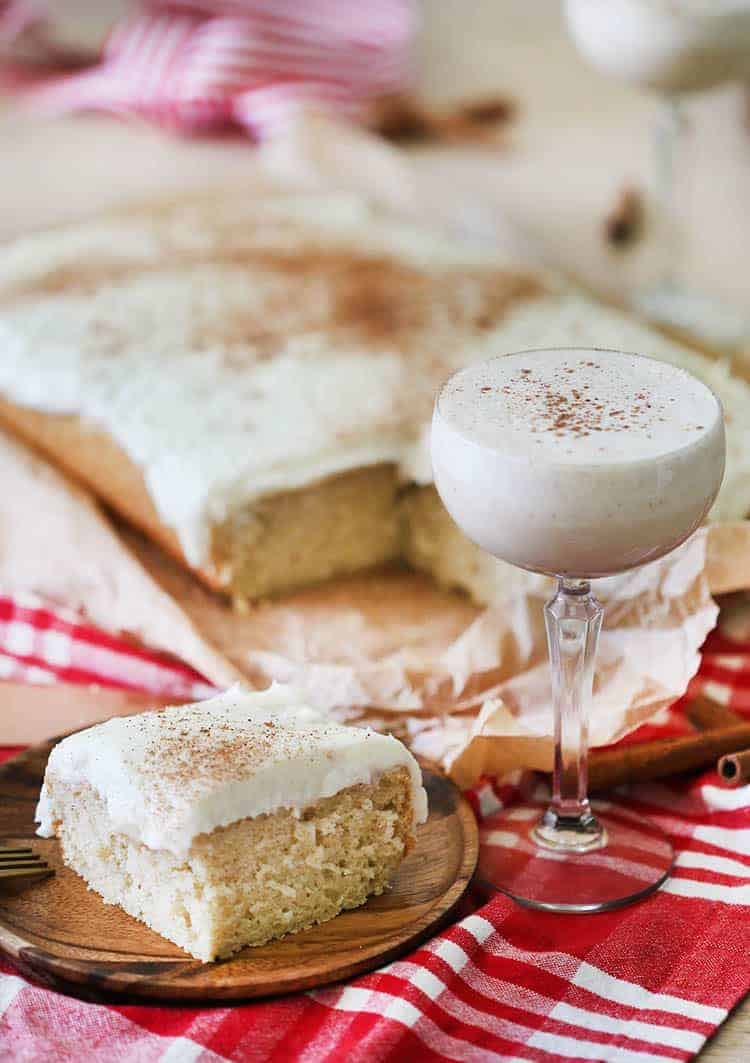 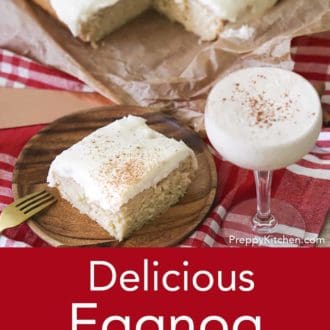 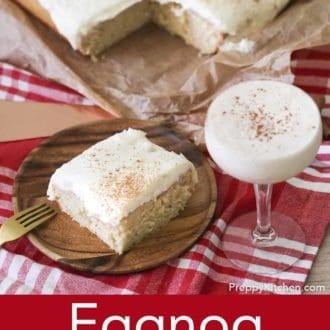 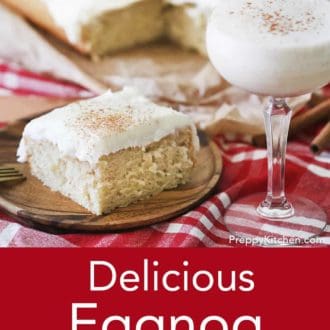 Christmas time means there is mandatory eggnog drinking. If you think it’s gross you’ve never have had the homemade stuff! I whipped up a big batch of the cocktail and had a lot leftover soooo I used it to make this cake and boy was that a good idea! Click here for my easy and delicious eggnog recipe! 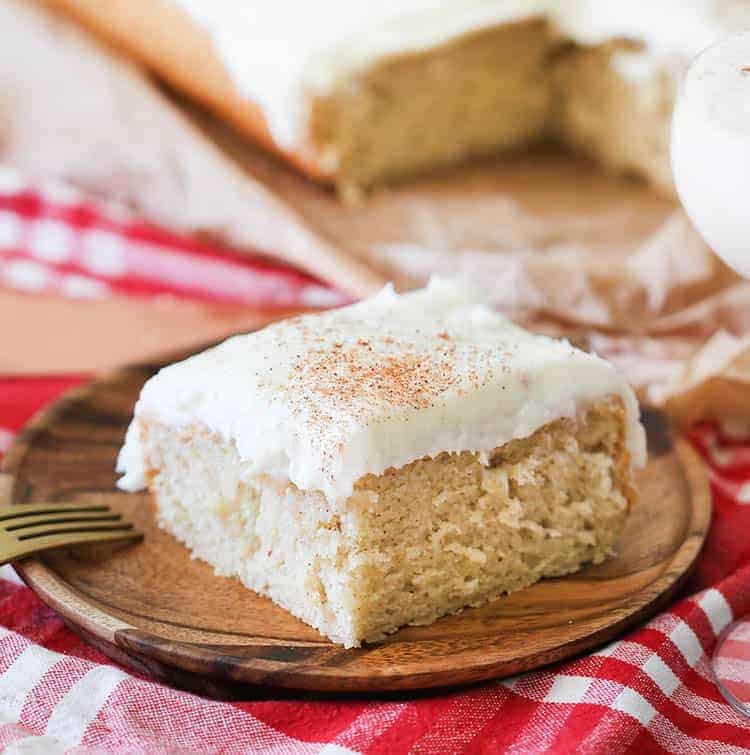 How do you store eggnog cake?

Can I make this without alchohol?

What kind of holes should you poke in the cake?

You’ll want to really create a lot of room for the pudding so use a large straw or the handle of a wooden spoon to create  lots of holes in the cake for the pudding to soak into. You can also trim the top to open up that porous structure of the cake up to the pudding.

Can you make this cake with whole eggs?

Yes! Use the white and yolk but halve the sour cream to 1/4 cup.

How to Make Eggnog Cake 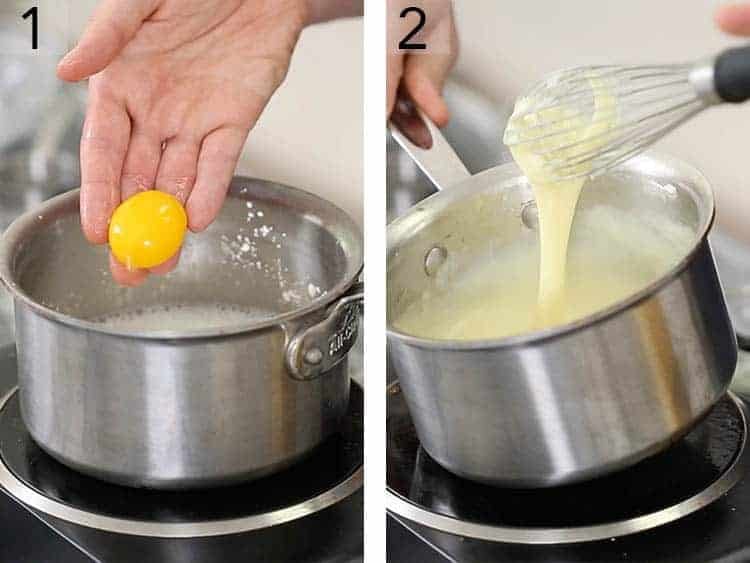 1. In a small pot whisk together sugar, salt, and corn starch. Mix in the eggnog and yolks then place over medium heat.

2. Whisk constantly until thickened, remove from hear and mix in a splash of bourbon. Transfer to a bowl, cover surface with plastic and chill. 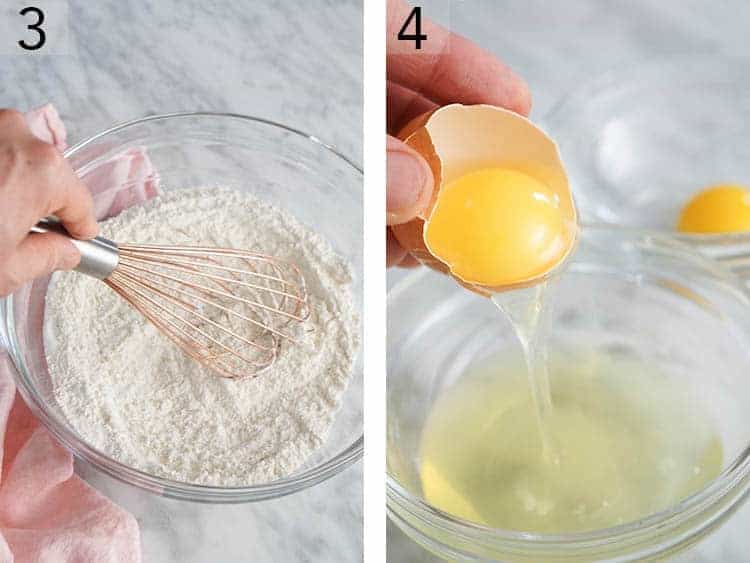 3. For the cake: Preheat oven to 350F. Sift the flour, salt, spices and baking powder into a large bowl then whisk together and set aside.

4. Separate the egg whites into a bowl and set aside. You can reserve the yolks for a flan, pastry cream, or French buttercream! 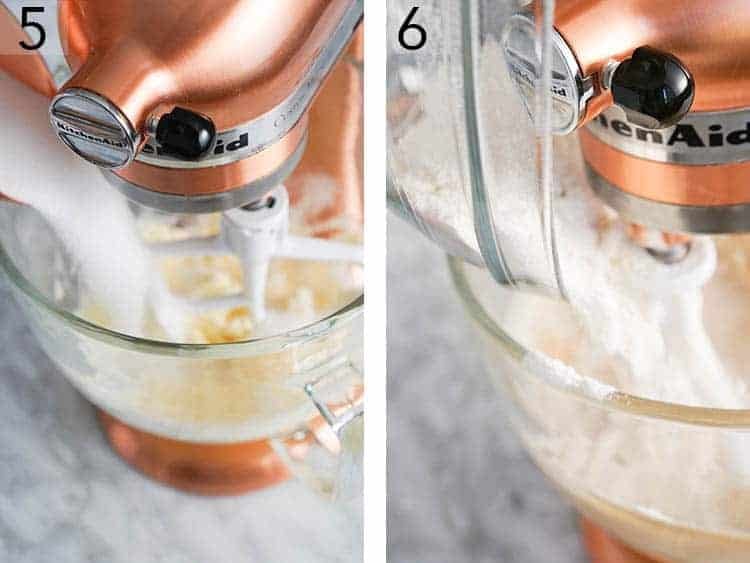 5. In a stand mixer fitted with a paddle attachment cream the butter and sugar until light and fluffy then and beat in the sour cream and vanilla, mixing until combined. Slowly add the egg whites while mixing on low then scrape the bowl down and mix until combined.

6. Add the Flour mixture and eggnog in three alternating batched starting and ending with the flour. Mix until combined and yes, it’s a good idea to scrape that bowl down one more time. 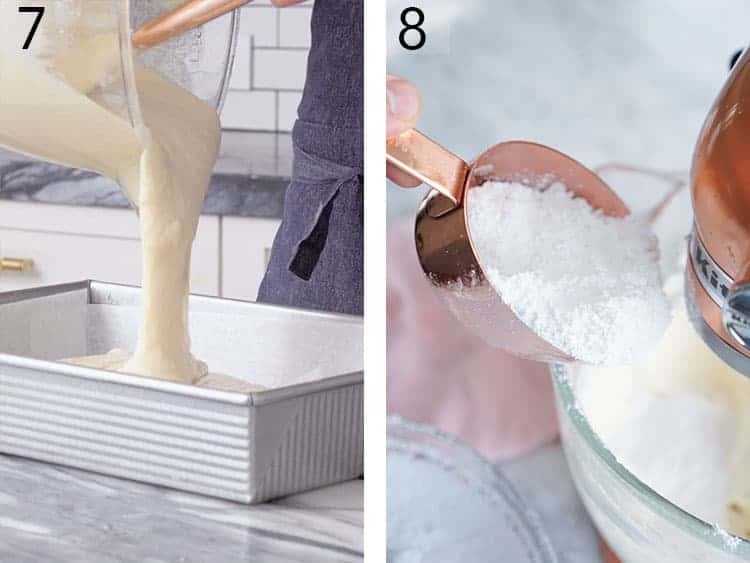 7. Transfer the batter to a parchment-lined 9×13 sheet cake pan and bake at 350F for about 50 minutes or until the center is springy to the touch. Invert onto a wire cooling rack, remove parchment and allow to cool completely.

8. To make the eggnog frosting cream the butter then add the sifted powdered sugar in several batches mixing on medium-low. 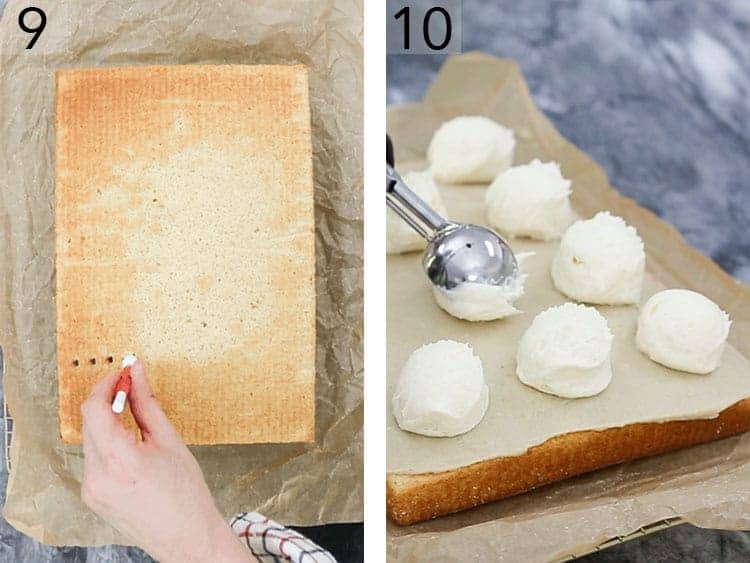 If you’ve tried this eggnog cake recipe then don’t forget to rate the recipe and let me know how you got on in the comments below, I love hearing from you! 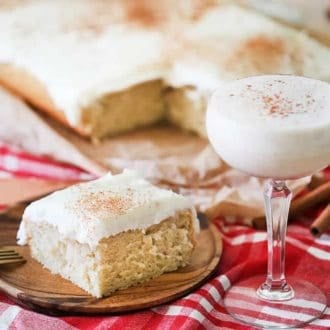 My homemade eggnog cocktail is delicious, but if you're super busy, a store bought eggnog will do the trick!