Moist and fluffy red velvet cupcakes topped with a big dollop of cream cheese frosting are beyond delicious and so easy to make! You'll want to make a double batch because people will want seconds!! 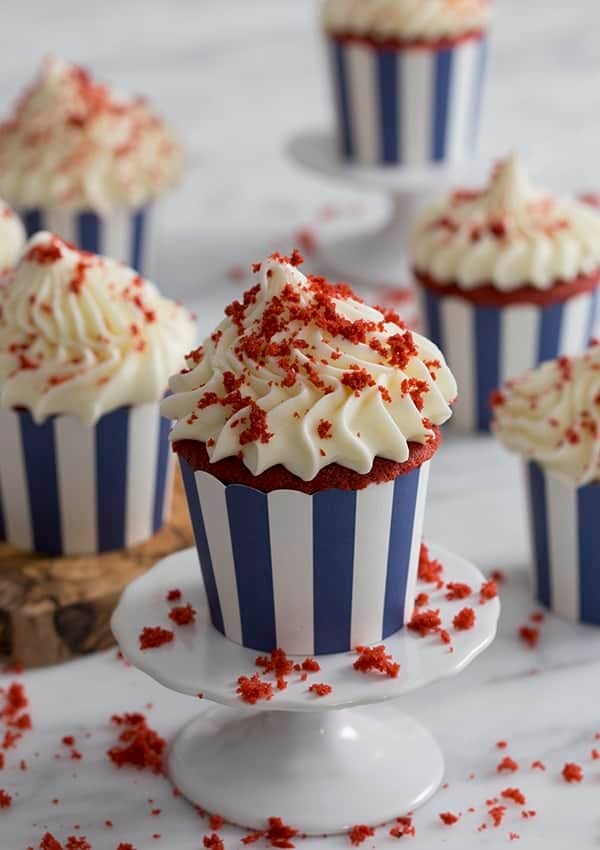 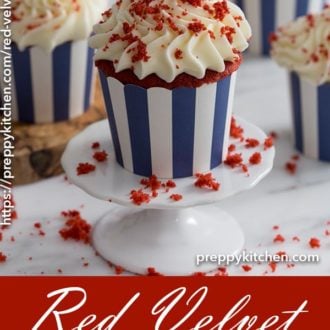 There’s something so addictive about cream cheese frosting; sweetness is tempered with a bit of tang, the texture is creamy and luscious and it’s something you can whip up in a few minutes. I love this frosting on nearly everything but a slightly chocolatey cake creates a special combination known as red velvet!

How to make red velvet cupcakes 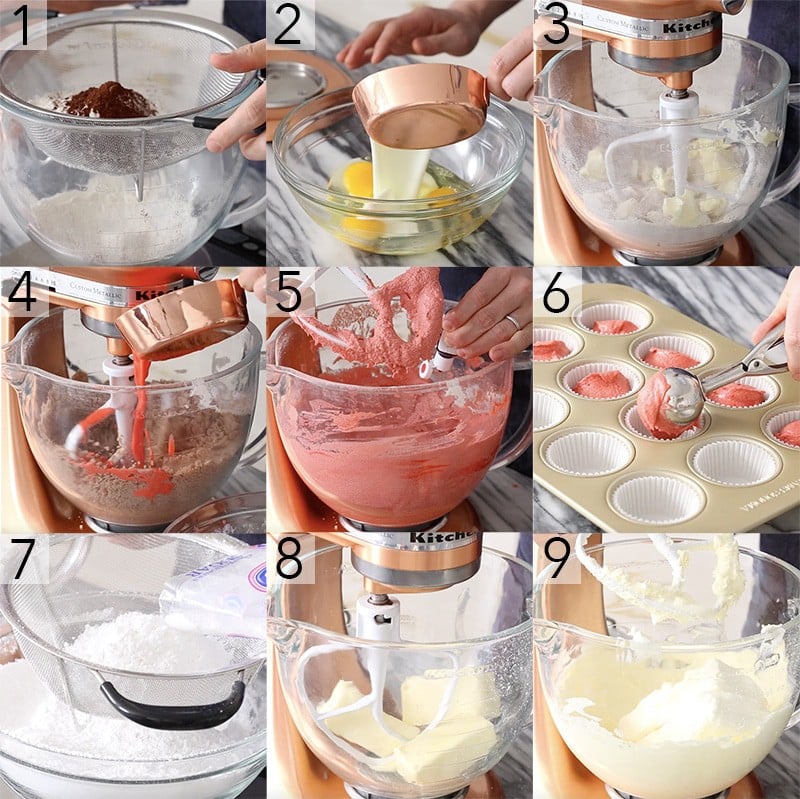 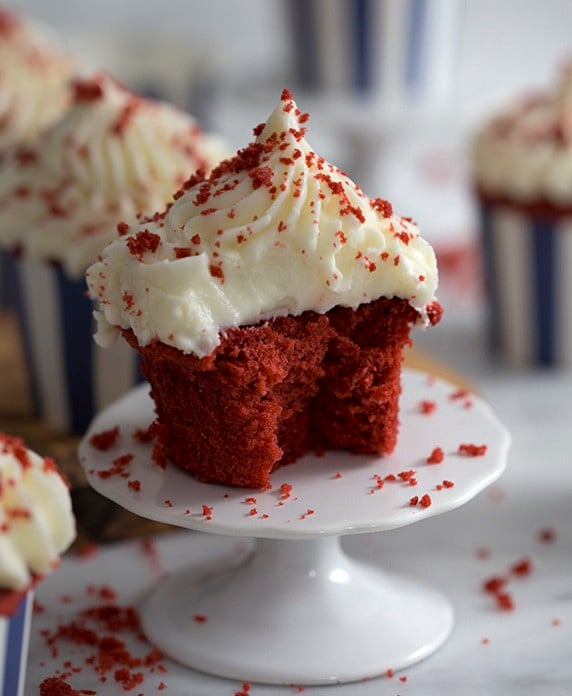 pro tips for this recipe 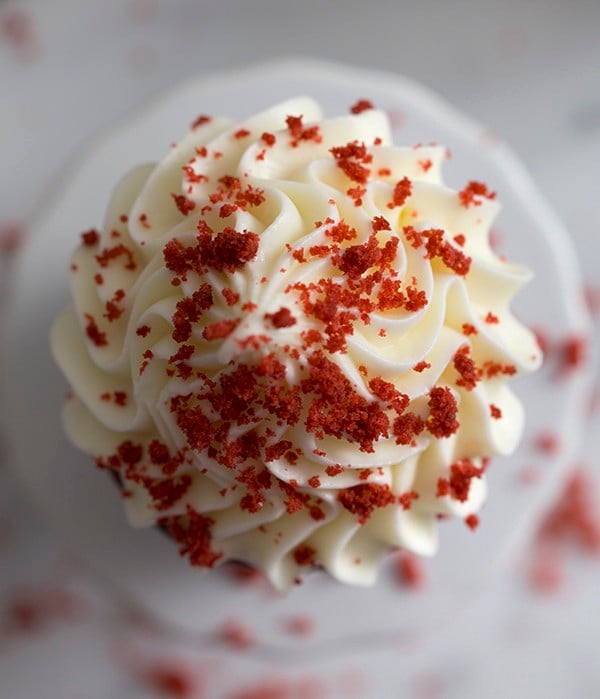 Red velvet cupcakes will taste like cream cheese frosting with a slightly chocolatey cupcake base. Many recipes omit the cocoa powder so the red appears brighter but a traditional red velvet cake and cupcake will have some chocolate in the batter.

Are they just chocolate flavor?

Red velvet recipes will usually have buttermilk in the batter which reacts with the sodium bicarbonate to create a fluffier and lighter cake. The acid in the butter milk will react with the cocoa powder to create a slightly pink hue. Most modern recipes add red food coloring for a more vibrant base.

How do you make them the easy way?

The easiest way to make red velvet cupcakes would be to add some red food coloring to your favorite box cake mix and then whip up some cream cheese frosting for the top. Making a cupcake from scratch is hardly more effort than whipping up some prepackaged batter so I highly recommend going the from scratch route!

How long do they keep?

If you’ve tried this red velvet cupcake recipe then don’t forget to rate the recipe and let me know how you got on in the comments below, I love hearing from you! 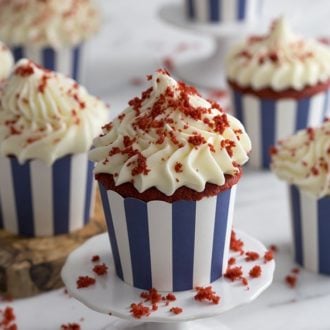 For the Cream Cheese Frosting:

For the Cream Cheese Frosting:

Add more cocoa powder for a stronger chocolate taste if you don't mind a darker less RED color.  You can store these cupcakes unfrosted at room temperature in a sealed container for 1-2 days. Frosting can be refrigerated and piped before serving. You can make one cupcake very red with extra food coloring and use that for the crumb decorations . This way the cupcakes can have less dye with all the visual pizazz!